SUDBURY -- Sudbury residents have never heard a rendition of their national anthem like this one before. It's being dubbed the 'O' Canada project' and it's hoping to put a smile on everyone's face when it debuts next week.

The virtual choir was the idea of Greater Sudbury councillor Deb McIntosh who felt it would be nice to have something the city could celebrate given the absence of any traditional fireworks shows.

"I was listening to my husband, Ralph, who was on Zoom meetings and telephone calls with other choir members and choir directors in the city about what their plans would be for the next year because we really got the sense there wasn't going to be any choir practice for the next season. He wanted to know what they would be doing and at the same time city council had ruled there wouldn't be any fireworks for the May 24 weekend or Canada Day. And I said to him, in conjunction with those conversations, we need to do something for Canada Day," McIntosh said.

Her husband, Ralph, is a former music teacher at Sudbury Secondary School is also the general director of Young Sudbury Singers (YSS). He took the idea and ran with it.

Ralph was able to enlist the help of other choir directors, choristers and essential workers for a version no one will forget.

"We wanted to include them (essential workers) as part of the recognition that we're all in this together," said the choir director. "The choir members were so happy to be involved and to be able to sing with other people. They haven't even heard the final project yet. They just did their own thing and sent it in."

Pamela Teed is the director of the Bel Canto Chorus and was thrilled to play a role in the project.

"I think it's important for us to see them (essential workers) and to honour them in that way, but it's also very humbling for us to be in this virtual project with them and to see them close up," said Teed.

Two of those essential workers who were asked to take part work at Sudbury's Pioneer Manor, a long-term care home.

"I feel like this is kind of a once in a lifetime opportunity, as far as like such a strong community project, you know, with the recognition of the front-line workers," said singer Charity Malick.

"I just hope that people enjoy their Canada Day. It's a different kind of Canada Day, COVID Canada Day. And just sing along, French and English, we're including it all," added Joanne Polack, who is also known as professional singer JoPo in some circles.

The performance will premiere the morning of June 30 on the Young Sudbury Singer’s YouTube channel.

The song is going to be featured as part of this year's virtual celebration put on by Science North that will be streamed here on CTVNewsNorthernOntario.ca on Canada Day. 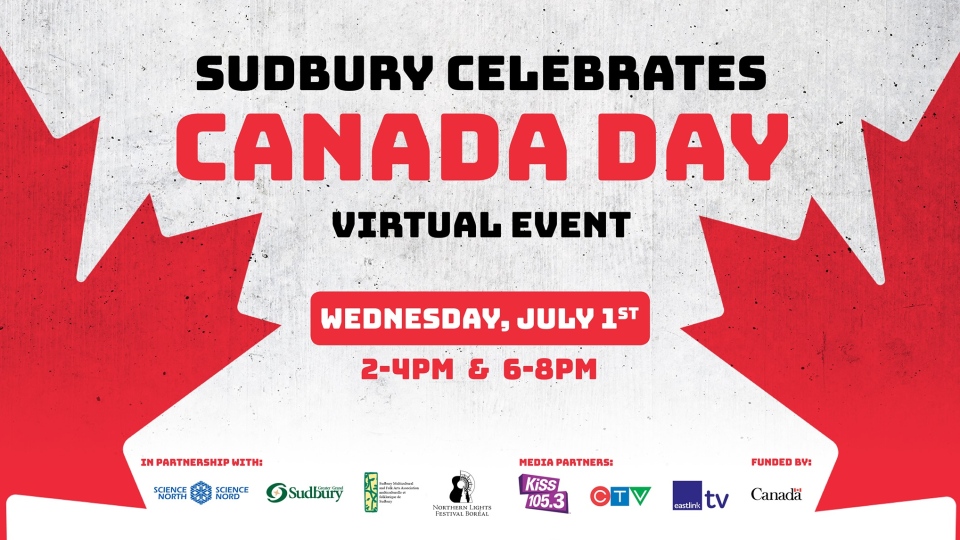