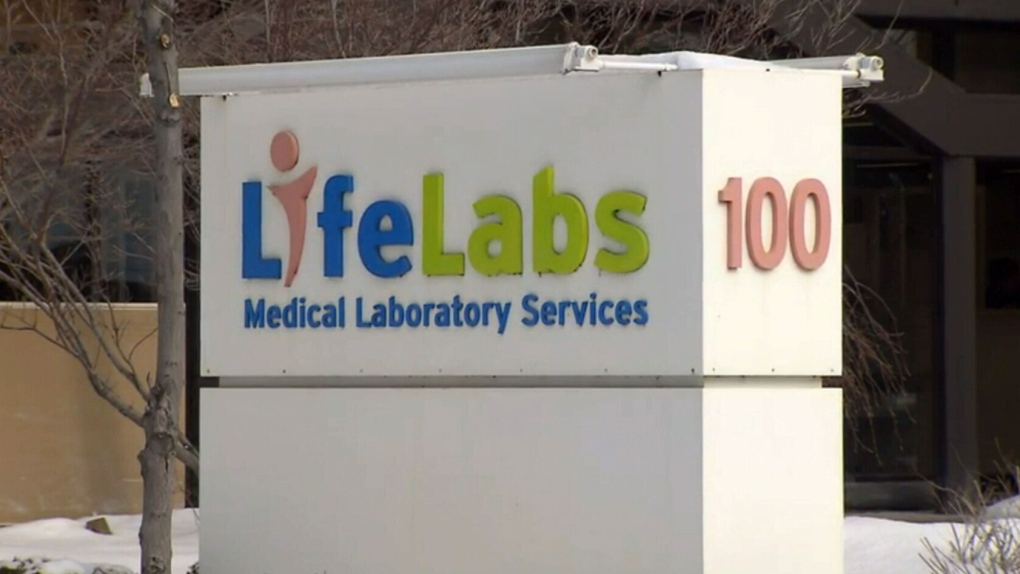 The exterior of a LifeLabs building is seen in this file photo.

TIMMINS -- A frustrating online-only booking system; weeks spent waiting for an appointment with little communication from staff; more than half-hour waits in the cold.

These are issues physical therapy practitioner Debbie Bazuik has been hearing from people booking blood work with LifeLabs and experienced herself while scheduling her husband’s appointment in Timmins.

"Calling and not getting an answer, then (suggesting to) call back later without you leaving a message. They would just hang up."

Bazuik shared her experience on social media and sparked a wider discussion of people’s struggle’s with LifeLabs.

She spoke with Mayor George Pirie, who then contacted the company’s northeastern Ontario manager.

He told CTV much of the problem with the private company’s wait times stems from a change to have requisitions go through its Toronto head office.

"Sometimes people were arriving for appointments and the paperwork wasn't matched with the appointments," Pirie said, going on to note that these kinds of delays are unacceptable for the only testing lab in the city.

"The doctors, if they talk to the patients and say you need your blood work ... the onus is on LifeLabs to provide that service."

The company largely holds a monopoly on bloodwork in the northeast, he said, and that people are experiencing service issues throughout the region.

Timmins MPP Gilles Bisson took notice of the issue as well and he too sought solutions from LifeLabs.

It’s one location in the city can only accommodate up to around 130 appointments per day, he said, which is leaving a large backlog.

"There's much more requests for blood work today than there was even before the pandemic," Bisson said.

LifeLabs promises to do better

After talking to LifeLabs, Pirie and Bisson said the company promised to improve its services through the following measures:

When it comes to having other health providers pitch in to relieve some of the stress on the system, Bisson said many likely will not be able to without financial support from the province.

He said he will ask health minister Christine Elliott to offer compensation for those who volunteer to do blood work.

For Bazuik, she finds the quick work her local officials made of contacting the company encouraging and hopes it signals the start of long-term improvements.

Issues persist around the northeast

Nickel Belt MPP, France Gelinas, told CTV that the company is implementing some of these measures at some of its Sudbury-area location, but it is inconsistent and service issues still persist.

She recounted calls of people waiting more than an hour in the cold. Other calls, she said, include people who drove long distances to a lab for a scheduled appointment, only to find out the location was closed for the day without having notified its clients.

Gelinas, also the province’s NDP health critic, said this issue not only affects individuals, but is holding up the whole healthcare system.

Hospitalized people awaiting blood work can be forced to stay in their hospital beds for weeks longer than necessary, she said, thereby occupying much-needed space.

While Gelinas believes LifeLabs is trying to improve its services, she believes the company needs to work harder.

"All of the pictures I get are of frozen, frail elderly people leaning on their walkers," said Gelinas.

"They could organize their clinics better than this."