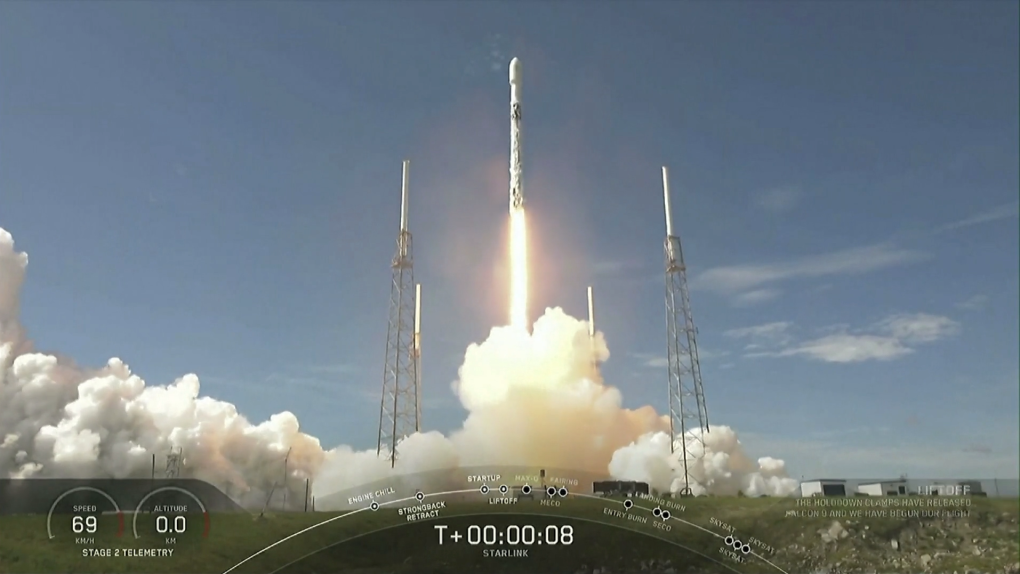 The first phase of the Starlink project would have around 400 satellites orbiting the northern hemisphere, providing high-speed gigabit internet to remote and rural areas in the U.S. and Canada. (File photo)

As the group discussed at its recent meeting in Hearst, the program hopes to do away with the decades-long efforts and billions of dollars needed to build internet infrastructure on the ground.

FONOM's vice-president, Paul Schoppmann, said the only roadblock is approval from the Canadian Radio-Television and Telecommunications Commission (CRTC).

"It's the wave of the future," Schoppmann said in an interview.

"We've been talking about it for the last 15 years and we're still no further ahead for the rural communities. So this will be a game-changer, economically."

The first phase of the Starlink project would have around 400 satellites orbiting the northern hemisphere, providing high-speed gigabit internet to remote and rural areas in the U.S. and Canada.

With 775 Starlink satellites currently in orbit around the planet and bi-weekly launches of 60 satellites each, SpaceX's goal is to have the program operational by the end of 2020.

The company plans to have near-global internet coverage by the end of 2021, with an eventual 12,000 satellite fleet.

Schoppmann said bringing Starlink to Canada would be of zero cost to the federal government, with the company apparently asking for no financial support. He said that makes this an easy decision.

"We're sending the resolution to our MPs, MPPs and the CRTC [...] saying, 'We represent 110 municipalities in the northeast," said Schoppmann, who is also mayor of the Municipality of St. Charles, southeast of Sudbury.

"We are asking for this but let's get it going, let's not wait two to five years."

The Ontario government expressed its commitment to making sure every household and business has access to internet connections with minimum 50 Megabytes per second (MBps) download speed and 10 MBps upload.

However, a June report from Blue Sky Net shows that the average internet connection had just below nine MBps download and just above five MBps upload.

Schoppmann said even the province's goal of "50/10" internet speeds province-wide is not sufficient for what the average household and business needs to operate in today's society.

He said his town has had issues connecting businesses with fibre optic internet service, which is meant to have higher internet speeds from 100 MBps to 1.5 gigabits per second (gbps).

He said quick decision-making is especially crucial while many are working and learning from home during the COVID-19 pandemic.

"The cost of (building infrastructure), in time, will far exceed what we're trying to do here by trying to bring satellite reception into people's homes throughout the north," Curley said.

Timmins Mayor George Pirie feels governments can take quick action on this if the willpower is there to finally follow through on their promise to rural and remote communities.

"There're areas off of Highway 101 where you cannot get internet service, so we need that in the north — well, all parts of society," Pirie said.