Several female politicians across northern Ontario say we're moving too slow when it comes to ensuring equitable representation for women in political positions.

While an aspect of International Women's Day focuses on empowering women to follow their career aspirations, in the political realm, there are still plenty of barriers for them.

That's according to several female politicians across northern Ontario, who believe society is far off from creating an equitable political environment.

Lisa Vezeau-Allen ran for city council in Sault Ste. Marie in 2018 after a career spanning over two decades in the non-profit sector.

The mother of three has teenage children, but said she sees how difficult it might be for a woman who wants to run, but has younger children.

"I think a lot of it is because of the caregiver role, the responsibility of children, the uncertainty," Vezeau-Allen said. "But I think it's our goal and what we should be doing as women in politics is supporting that next-generation always. It should be a continuum."

She is one of three female city councillors in Sault Ste. Marie where there are a total of 10 councillor positions and a mayoral position.

"It's definitely not equitable, to be blunt," Vezeau-Allen said. "It's time for that to change, but it's just not moving quick enough."

Those barriers also exist at a federal level, according to Algoma-Manitoulin-Kapuskasing MP Carol Hughes. 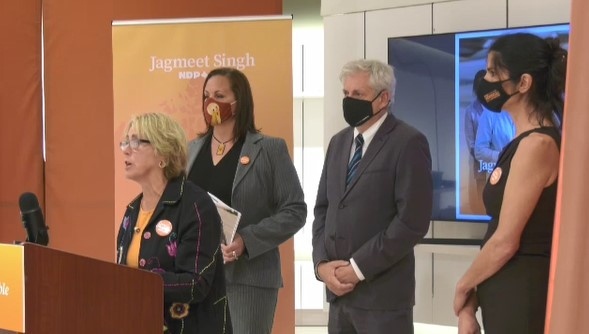 During her time in Ottawa, Hughes said she's watched the House of Commons become more accommodating for women.

"There never used to be change tables in washrooms. We now have a family room and it's more acceptable for women to bring babies into the House," she said. "When it comes to elections, parties need to do much better at supporting women, as currently, only 30 percent of the house is represented by women." 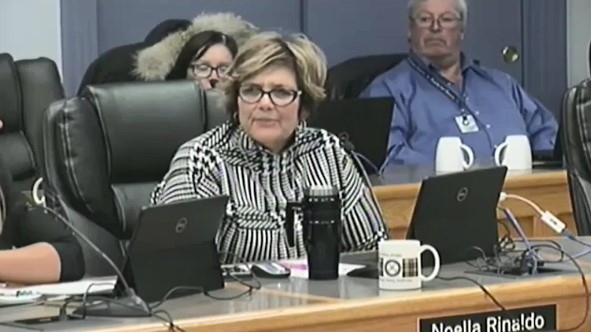 Rinaldo quit her position in her third term to take up a director role at Timmins Economic Development Corporation.

She said a strong support group was critical for her, especially when faced with sexism.

"Luckily, I was fortunate that I had really great councillors alongside me," Rinaldo said. "But there definitely were times where I was the only woman in the room."

Rinaldo's new role on the economic development board also serves as an alternative avenue for women who want to get into politics, but not necessarily in an elected position.

"I honestly felt I could do a lot more for this city in my new position than I did as a councillor," she said. "We were in the process of changing what council was doing and I felt that I would have more voice where I was going."

The three said some strides have been made to help women feel more comfortable, but all agree it's moving at a slower pace than is needed.

Some emergency rooms across Canada shutting down amid staff shortages

Hospitals overwhelmed by the pandemic’s onslaught are still facing a number of challenges, causing unprecedented wait times in emergency rooms across the country.

Twin brothers in their early 20s were responsible for the shooting that injured numerous police officers at a bank in Saanich, B.C., earlier this week, RCMP alleged Saturday.

It's been said no one's success is complete without failure, but a new international exhibit in Calgary is proving that even some of the most talented innovators had some of the worst ideas for consumers.

Animal rescue groups are criticizing a new policy by the Canadian Food Inspection Agency that will ban the import of dogs from more than 100 countries.

Thousands of residents in Sydney suburbs were told to evacuate their homes on Sunday after heavy rains caused floodwaters to rise and rivers to overflow in what authorities called life-threatening emergencies.

Nick Kyrgios cursed at the Wimbledon chair umpire and asked, 'Are you dumb?' He demanded to see a Grand Slam supervisor after questioning why his opponent, Stefanos Tsitsipas, didn't forfeit their ever-contentious, never-boring match for angrily hitting a ball into the stands after dropping the second set.