In a solemn ceremonies Sunday night, police services in Timmins and Greater Sudbury joined eight other police services across Ontario in a multi-community event honouring and raising awareness Missing and Murdered Indigenous Women and Girls (MMIWG).

It is all part of a campaign founded in Thunder Bay four years ago, called the Tree of Hope Project, where community members light a tree decorated with hundreds of red lights – symbolizing all of the known incidents of Indigenous women and girls along with two-spirited individuals lost to violence.

This was the second annual Tree of Hope ceremonies held in Timmins and Sudbury.

This year, Timmins Police Service moved the location of the tree from next to the Mattagami River to outside the police station on Spruce Street. 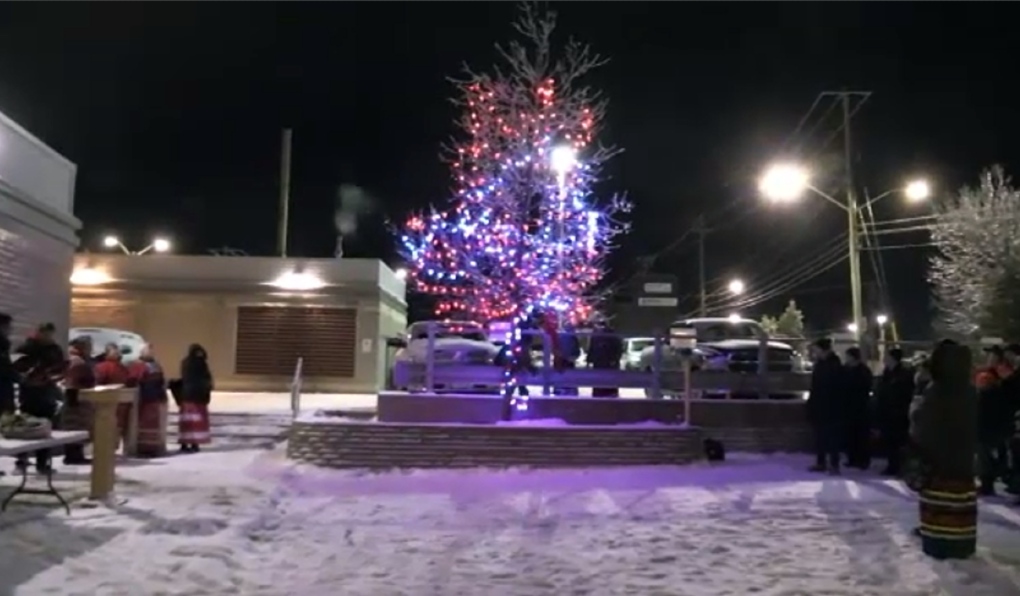 Timmins Tree of Hope ceremony was moved to a more central city location near the police station in its second year paying homage to First Nation teachings. (Photo from video)Members of the local Indigenous community said it pays homage to the medicine wheel by placing the tree at the centre of the city, so that work to take action on MMIWG can spread outward.

“We’ve done a fair bit more education with our officers. We’re including our officers in more events, so there is a community engagement with everyone,” said Brenda Beaven, the police service’s Indigenous liaison.

“So, it’s on our officers part, it’s on our community’s part, that we continue to work together and we are doing that in little stages. It is a work in progress, it was a long time coming to this point and it may take some time to get to the end result, but we do this all day by day.”

Among those in attendance at the tree lighting were Timmins Police Chief Daniel Foy, Nishnawbe Aski Police Board chair Mike Metatawabin along with representatives from local Indigenous organizations.

In Sudbury, the celebration at Greater Sudbury Police Service Headquarters at the corner of Brady and Minto Streets was also well attended, as many members of the community at large braved the colder weather to show their support for the event. 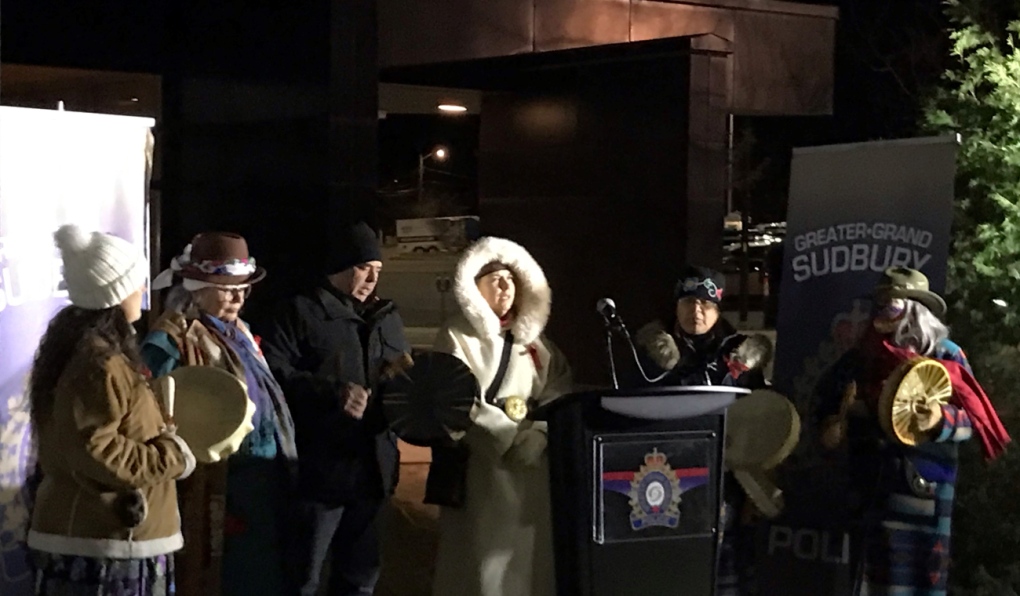 Hand drumming, speeches and payers were all part of the Tree of Hope ceremony in Greater Sudbury on Nov. 13/22. (Amanda Hicks/CTV News Northern Ontario)Greater Sudbury Police Chief Paul Pedersen acknowledged the harm police have done to Indigenous people in the past during his speech, adding “if we don’t change, it’s just words.”

The event included a drum circle, hand drummers, prayers and a sacred fire – the fire contained cedar, sage and tobacco along with ashes from last year's fire as a symbol of the ongoing work in the community and connection to the past.

“My role is as a fire keeper. I’m the one that holds that prayer and that thought,” said Jason Nakogee of the Attawapiskat First Nation.

In Sudbury the tree is lit up in both red and orange. The orange star was built by students in the woodshop program at St. Charles College to represent the children in residential schools and the red lights around the tree represent the women, girls and two-spirited individuals. 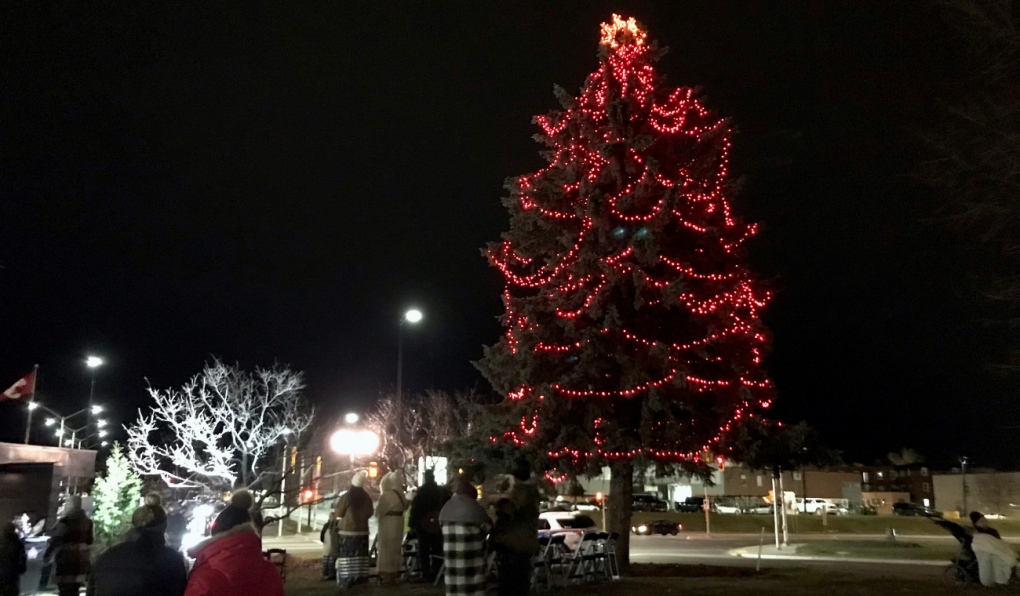 The Tree of Hope Sudbury was lit at 7 p.m. on Sunday marking a multi-community effort with eight other police services accross Ontario. (Amanda Hicks/CTV News Northern Ontario) “This is a chance of reflection and to build awareness. Just to spread awareness because Indigenous people had a voice that wasn’t being taken seriously, so we always try to do these ceremonies that were still here. We’re still here trying to build awareness and we have a voice,” said Nakogee.

Advocates in Sudbury told CTV News the main message of the event is to spread awareness in the community.

The lights in both communities will remain up for the entire holiday season.

Grizzlies, other NBA teams speak out on Tyre Nichols' death

The outrage, frustration, sadness and anger was evident around the NBA on Friday, the day that video was released showing how Nichols, a 29-year-old father, was killed by five Memphis police officers. Several teams released statements of support for the family, as did the National Basketball Players Association.