SAULT STE. MARIE -- Drew Viotto  is hoping to put his hometown on the map after landing a full football scholarship to Central Michigan University, a feat that didn't come without sacrifice.

Viotto, 15, has always had a goal of playing top-tier college football at the D1 level in the United States, the highest level of intercollegiate athletics sanctioned by the National Collegiate Athletic Association.

But to achieve his goal, the teen needed to face tougher competition. So Vitto and his father, Ross, made the difficult choice of packing up and moving four and a half hours away from the rest of their family.

"It was a tough decision, but I knew, in the end, it was all going to pay off and be worth it," said Drew, who plays quarterback for a high school in Novi, Michigan. 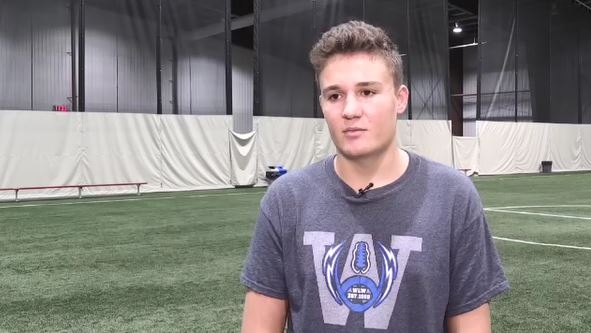 After attending quarterback camps in Detroit, his family started discussing the possibility of Viotto and Ross moving down south.

"It’s very tough because there’s a whole lot of sacrifice that people do not understand that goes into it. I mean, my wife and daughter are still here in Sault Ste. Marie," the father said. 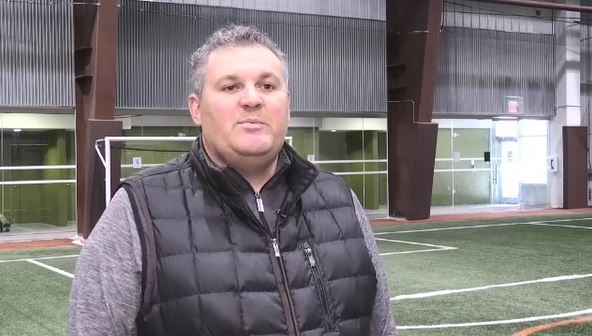 After only one season of playing in the U.S., the Grade 9 student received a phone call that shocked him.

"So, I got an offer from Central Michigan (University). They are in the highest division of football in college, division one, and I got offered a full scholarship, which means my school is paid for. I go to school for free, pretty much," Viotto said.

He adds that NCAA rules prohibit him from accepting the scholarship for another two years.

"It’s pretty special. I’m trying my best to put our city in the spotlight and just represent where I’m from," the teenager said.