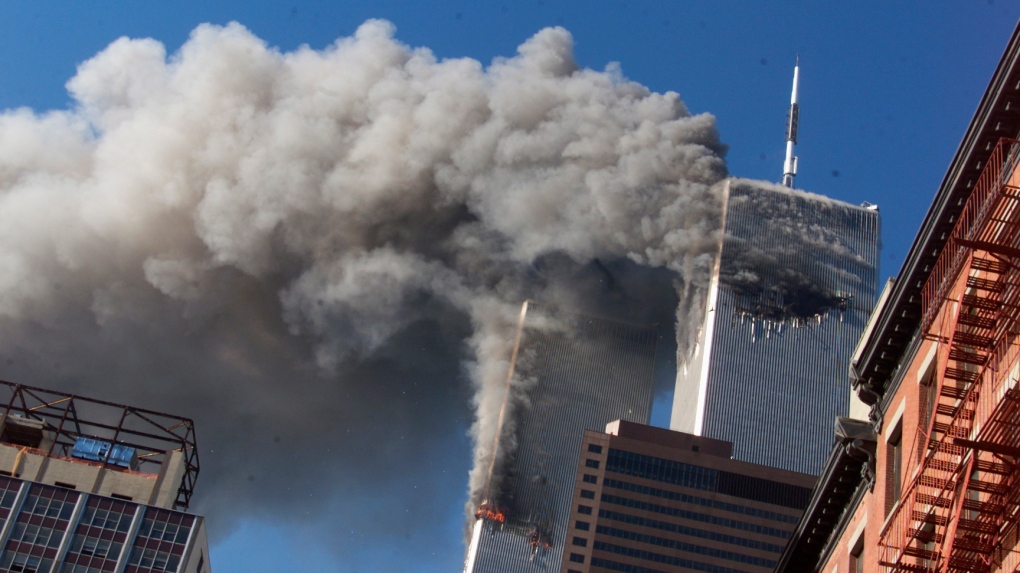 Events surrounding 9/11 seemed a particular obsession with the disgraced teacher, who spent a lot of class time on the topic, even though it wasn't part of the teaching plan and they were behind in other subjects. (File)

A Timmins-area teacher who taught his classes a number of anti-Jewish conspiracy theories, including some about the 9/11 terror attacks, has lost his teaching licence.

The Ontario College of Teachers held a disciplinary hearing late in 2021 to deal with allegations involving Joseph Biagio DiMarco.

An investigation into DiMarco's teaching practices began in 2019 when a parent complained to the board.

"At least one student reported to her mother that the member was teaching Holocaust denial," the College said in its decision.

The focus of the investigation was on comments he made during the 2018-2019 school year.

He taught his class that the Israeli government was really behind the Sept. 11, 2001, terror attacks, and emailed a colleague that if the world knew the truth, "anti-Semitism would return with a ferocity seldom seen."

Events surrounding 9/11 seemed a particular obsession with DiMarco, who spent a lot of class time on the topic, even though it wasn't part of the teaching plan and they were behind in other subjects.

He also showed students rock videos starring himself -- on YouTube – performing songs with titles such as '911 IS A LIE,' with lyrics that talk about killing U.S. officials who were part of the 9/11 Commission investigating the attacks.

When discussing the Holocaust, he relied on non-approved sources of information such as the TV shows Phil Donahue and Montel Williams where Holocaust deniers were interviewed.

DiMarco also told students the Israeli government is a force of evil and exaggerates the Holocaust to make itself appear as a "victim."

To make his point, he had students watch slide shows over a number of days, none of which were part of the curriculum. Much of the information was from YouTube and later removed for violating the company's hate speech policies.

A class trip in 2019 to Second World War sites – including a Nazi death camp – prompted a warning from DiMarco that students were being manipulated and being exposed to propaganda.

In addition to behavioural issues – at one point DiMarco told a student that looking at his face "made him feel hate" – the disgraced former teacher repeatedly told his students the extent of the Holocaust was greatly exaggerated.

A parent finally complained in March 2019, and DiMarco was fired in May of that year.

On Tuesday, officials with the Friends of Simon Wiesenthal Center For Holocaust Studies welcomed the decision to pull DiMarco's licence.

"The disturbing actions by this former teacher demand nothing less than his inability to set foot in a classroom ever again," FSWC president and CEO Michael Levitt said in a statement.

"Instead of using the opportunity to teach about the Holocaust and 9/11 and their lessons, he decided to spread Holocaust denial and antisemitism, doing an extreme disservice to his students."

"Educators have a duty to not only provide students with factual information, but to also inspire them to be upstanding citizens who stand against hate and intolerance," Levitt added.

Ontario woman says daughter was discriminated against over face mask

An Ontario woman believes her daughter was discriminated against after she was allegedly kicked out of a local activity centre over her choice to wear a face mask.

Ten children in Canada were found to be suffering from acute severe hepatitis not caused by known hepatitis viruses over a nearly six-month period recently, the Public Health Agency of Canada announced Friday.

Russia claims to have taken full control of Mariupol

Russia claimed to have captured Mariupol on Friday in what would be its biggest victory yet in its war with Ukraine, following a nearly three-month siege that reduced much of the strategic port city to a smoking ruin, with over 20,000 civilians feared dead.