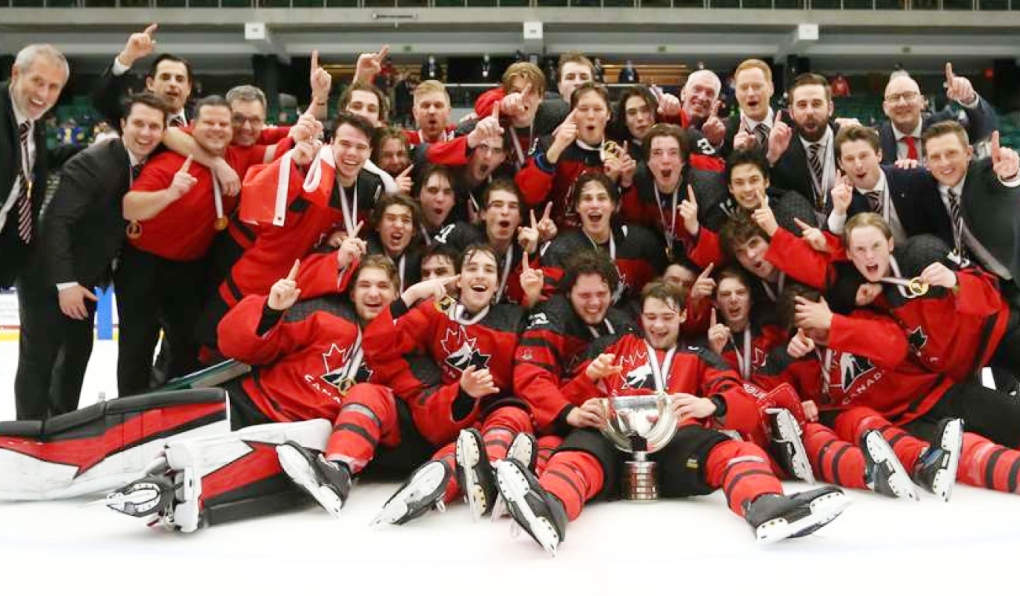 SUDBURY -- The drought is over for Canada on the international hockey front.

Frisco, Tex., doesn’t readily come to mind as a hockey hotbed for most fans in northern Ontario. But during a time when uncertain world circumstances, like a pandemic, brings players together to vie for global supremacy on ice, the people that run Hockey Canada can sleep better knowing the future looks bright following the country’s latest victory at the IIHF World Under-18 Hockey Championship gold medal game on Thursday.

In case you didn’t know, Frisco is located in the Dallas-Fort Worth area of Texas, more known for high school, college and pro football; yes, I have to admit to looking up the city on a map.

Thursday night’s 5-3 outing over 'Mother Russia' ended an eight-year drought at the prestigious tournament, which determines who can move on and play at everyone’s favourite Christmastime get-together brought to you by TSN, also known as the World Juniors.

North Bay’s Ben Gaudreau, a Sarnia Sting draft pick, made 31 saves to improve to 5-0 for Canada.

'The feelings can't really be described'

"It was really exciting, the last minute felt about as long as the entire game," said Gaudreau after the buzzer. "Once Shaner (Wright) put the icing on the cake there with 40 seconds left it really set in. The feelings can't really be described. I couldn't have done this with a better group of guys."

Gaudreau paced all goaltenders with five wins, a 2.20 goals-against average and .919 save percentage over the five games to be recognized as the tournament's top goaltender by the IIHF directorate.

In addition to Gaudreau, Sault Ste. Marie’s Jack Matier of the Ottawa 67's, and Chase Stillman, a forward with the Sudbury Wolves, also contributed to the cause.

Kingston Frontenacs star Shane Wright found the back of the net twice as Canada’s National Under-18 Team completed a perfect 7-0 tournament, outscoring opponents 51-12 in the process.

"It means the world to this country, to the guys in our dressing room, all of the coaches and all of the staff," said Wright after the win. "Just the effort we put in, how hard everyone has worked since Day 1. I couldn’t be prouder of the work everyone has put in and all the sacrifices that have been made."

With his ninth goal, Wright surpassed Connor McDavid's 2013 mark of eight to set a Canadian record at the U18 Worlds.

In a year without regular season and Memorial Cup play, this was a short-lived feast for Canadian hockey fans who will have to wait for several months to see if junior hockey returns to some sort of normalcy by the fall.

Hopefully, you’ll remember the names that comprised the team roster for future NHL draft years. Some of these guys are going to impress as pros.