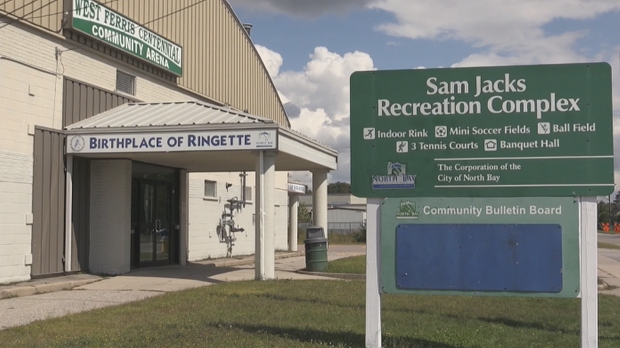 SUDBURY -- North Bay’s new community centre, which will replace the aging West Ferris arena, is set to cost the city between $30 and $32.5 million.

“This has been a long, arduous task that the city has gone through,” says city Coun. Mark King.

City staff began to look at closing and eventually replacing the aged West Ferris arena a few years ago. It has roof and foundation problems.

The majority of council likes the location, beside the Steve Omischl Sports Complex on Lakeshore Drive.

“Can we do without one ice pad right now? Personally, I think the need is there,” says city Coun. Chris Mayne.

A joint committee of local and Toronto-area architects have been working on blue prints for a community centre.

Council unanimously voted to approve the proposal Tuesday and residents got their first look at the designs at city hall Wednesday night.

“This gives us a good sports field capacity for the time being and well into the future,” says Mayne.

The original size of the building was proposed to be 90,000 square feet. After deliberation with the architects, the city was able to reduce the size down to 74,000 square feet.

“My kids used the West Ferris facility. Most kids use these facilities and I think it’s absolutely important that we have an obligation to the next generation,” says King. “I see it as a good spend.”

City staff want the new facility to be ready for tender in the late summer, with construction beginning in the early months of fall.

The plan is to have the brand new facility open by Sept. 2022 for its first official puck drop.