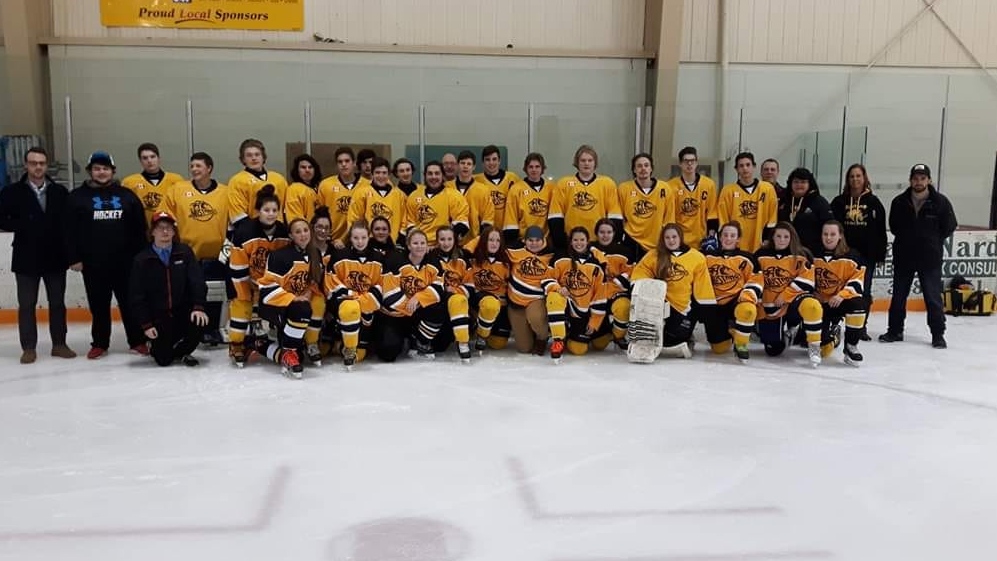 SUDBURY -- Cassandra Cristo was known for her love of hockey.

“If it was hockey on TV that was Cassandra’s first pick,” said Sherri Cristo, Cassandra’s mother. From a young age Cassandra’s passion for the sport was evident. From playing house league to joining a travelling team to eventually playing on Manitoulin Secondary Schools girls’ hockey team, Cassandra was always on the ice.

At the age of 17 she was diagnosed with cervical cancer and on Dec. 26, 2019 she passed awayat age 20 after a brave fight with the disease.

When Cassandra’s mother heard that the high school hockey teams were planning a fundraiser in her daughter’s honour she said she was surprised.  “They had already done a fundraiser when she got sick for us and raised quite a bit of money which really helped us out with travel costs and expenses.”

The initial fundraiser raised $6,500 for the family, says Lisa Corbiere-Addison who is the manager of the girls’ hockey team at Manitoulin Secondary School. She is also the organizer of Friday’s fundraiser which will see both the boys’ and girls’ Mustang teams take to the ice at the Little Current-Howland Recreation Centre. The girls’ team will face off against L’Horizon at 5:30 p.m. followed by a boys’ game at 7 p.m. against St. Benedict.

Those who attend will be asked to pay admission and will also be encouraged to donate to a silver collection. Money raised will go to support cancer patients who receive treatment at the Manitoulin Health Centre Chemo Room.

“After she passed and Lisa called me it was very touching that people still wanted to give something in her memory. Hockey was her passion and giving to the local chemo program is very fitting,” says Cristo.

Corbiere-Addison says all of the players on the girls’ team have added stickers to their helmets in memory of Cassandra. “We’re going to retire Cassandra’s sweater tonight and so we’ve taken her number 16 and were going to gift it to her family.”

For those who are unable to attend the fundraiser but want to give back, Corbiere- Addison says donations will be accepted at Manitoulin Secondary School.