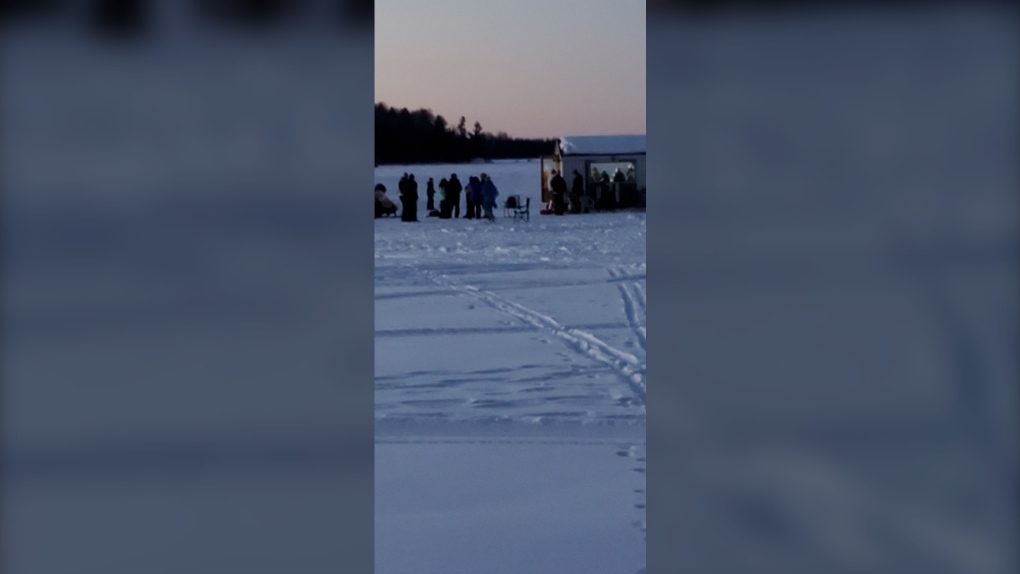 Ice hut owner was charged for violating lockdown with gathering at ice hut on Jan. 9/21 (OPP)

SUDBURY -- Police say a northern Ontario resident has been fined $880 for violating lockdown orders after large gathering at an ice hut in Powassan.

Ontario Provincial Police said in a news release Monday night, a 36-year-old from Chisholm Township has been charged with not complying with the Reopening Act after officers were called to Wasi Lake on Saturday after complaints of too many people at an ice hut.

"Officers attended and observed over 10 people at the ice hut including people from different residences," police said.

"Officers are taking this seriously and following up on all complaints," police said.

During the lockdown, that is currently in effect until Jan. 23, outdoor gatherings of more than 10 people are prohibited.

"Those staying in an ice hut, whether rented or not, must be from the same residence," police said. "Exception is that a person who lives alone and who has a different address can join the group."

Reservations for temporary accommodations, including ice huts, had to have been made before the lockdown went into effect on Dec. 26.

As of Monday afternoon, there were 179 active cases of COVID-19 in northeastern Ontario.

The number of cases of the disease has tripled since Christmas Eve with 308 new infections confirmed and 173 cases have been recorded as resolved. Health officials said this is largely due to people choosing to gather over the holidays. COVID-related hospitalizations have also increased.