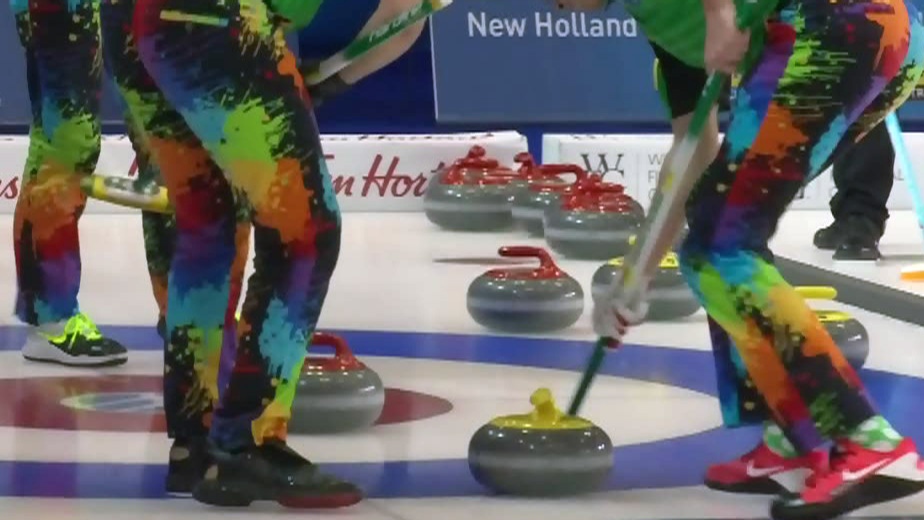 It’s a big weekend for northern curlers as both mens and womens teams look to secure an opportunity to represent Team Canada on the world's stage.

Today at noon, Sudbury's Tracy Fleury faces off against veteran Jennifer Jones and her rink at the Canadian Olympic Curling Trials in Saskatoon.

Tonight at 8:00p.m., the Soo's Brad Jacobs gets the same opportunity as he enters a big final match against Brad Gushue and his rink from Newfoundland.

Should Jacobs succeed on Sunday, he will get another chance at Olympic Gold in Beijing. His previous wins include a 2013 Brier and a gold medal at the 2014 Winter Olympics in Sochi.

The 2021 New Holland qualifying tournament in Saskatoon also featured other northerners on Saturday where Team Isabelle Ladoucer of Sudbury was able to hold on to a big lead against Team Elysa Crough of Edmonton.

The teams are competing for their shot at the 2022 World Junior Curling Championships in Sweden.

“I have been dreaming about this since I started curling (at age 10). Pretty much right then, I wanted to win a juniors.”

Team Isabelle will now join Team Owen Purcell of Halifax to form Team Canada and will compete for gold from March 5-12 in Jönköping.

It was also a special day for Brad Jacobs of Sault Ste. Marie who advanced to the finals after winning his semi-final match against Edmonton’s Team Kevin Koe.