The National Day for Truth and Reconciliation is an important day for many Canadians including church leaders.

Churches played a large role in operating Canadian residential schools and the Catholic Church was no exception.

Earlier this week, the Catholic Bishops of Canada issued an apology to the Indigenous Peoples of this land and pledged $30-million for residential school survivors. Bishop Thomas Dowd of the Sault Ste. Marie Diocese told CTV News on Thursday he had been pushing for an apology for some time.

There has been some open criticism of the Canadian Bishops' promise and some have called out the church citing they are done with empty promises. They don't want to see "hollow" words but rather action.

"I think there are some other things that have happened over time. Here in our diocese, there are some schools that were in Spanish ... but I don't think we're going to be able to turn the page and say 'we're done (after recent action).' It's going to be an ongoing process of bringing out the evils that happened in the past, the truth, but also the positive partnerships that have been built since."

Dowd said it's also important to note there are many Indigenous Catholics. His message to the faithful is that it's not Catholic versus the Indigenous Peoples and many people are working together right now. 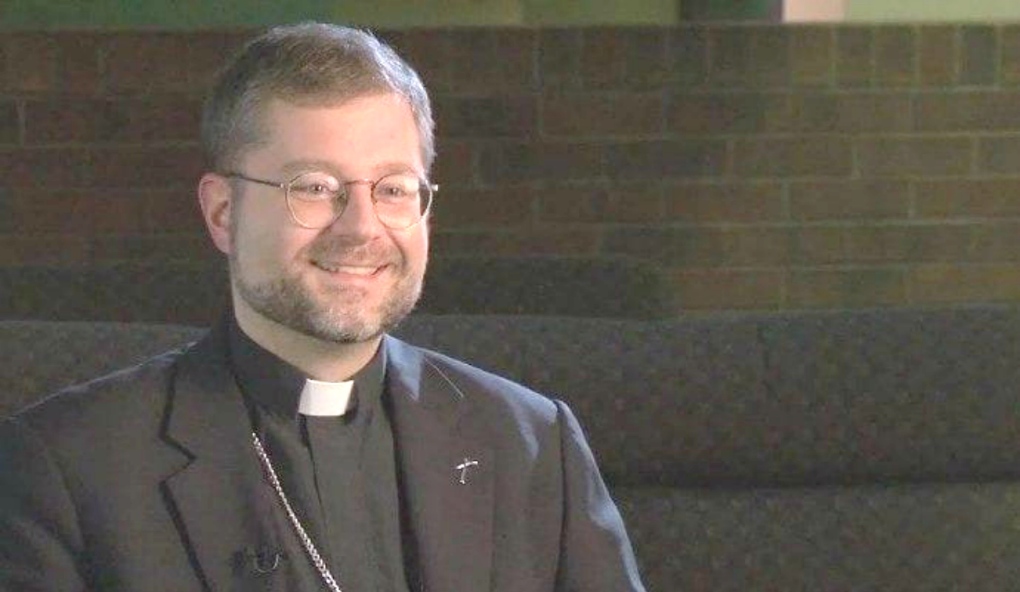 Thursday morning, Pope Francis announced the appointment of Bishop Thomas Dowd as bishop of the Diocese of Sault Ste. Marie, transferring him from the metropolitan archdiocese of Montreal. (Supplied)

He was asked how he responds to those members of the church who might feel they had nothing personally to do with the situation facing Indigenous Peoples.

"The Truth and Reconciliation Commission called for the churches to be positive partners in maintaining that conversation and in pushing that forward, and personally, that's what I'm committed to do," Dowd added.

Dowd is spending part of the National Day for Truth and Reconciliation at the Anishinabe Spiritual Centre, taking part in a forum entitled 'Listening to Indigenous Voices.'

"It's precisely about taking some of these issues and unpacking them and seeing how we can move forward, so there are things like the Truth and Reconciliation Commission talks about churches implementing the U.N. Declaration on the Rights of Indigenous Peoples. That's a big project. It's not something where you just sign a piece of paper and say 'okay, it's done.' How do we understand that? How do we implement that? I think as Catholics we can have a lot of creativity in that. Again though, it's got to be done... Indigenous Catholics making sure they are taking the lead in helping the whole church move forward so we can implement the report and look at it clause-by-clause," he said.

There are other measures they are implementing including training those priests who arrive here from other countries to help them better understand the local reality. He's hoping some of the measures they're undertaking will help to make a difference over time.

The Canadian Council of Bishops also said many parishes plan to share sacramental records, such as registers of birth, baptism, and death, to help families lay their loved ones to rest. However, it adds, the church will have to exercise caution while disclosing those documents.

More than 150,000 students attended residential schools for more than a century.

The Catholic and Anglican churches ran most of them where students were subject to emotional, physical, and sexual abuse.

With files from the Canadian Press