Two brothers from northern Ontario will be putting it all on the line as part of Tuesday night's finale for the Amazing Race Canada.

Brendan and Connor McDougall have been competing in a race that saw them narrowly miss elimination twice only to land in the top and compete for the win.

"It's wild, when we got on the show we never really expected to be in the finale so it's pretty surreal," Connor said to CTV News Northern Ontario.

"We've got Parry Sound and the McDougall community on our back with us so we're just enjoying the ride."

Their attitude in the race and their competition style has earned them legions of fans from across Canada and at home in northern Ontario. 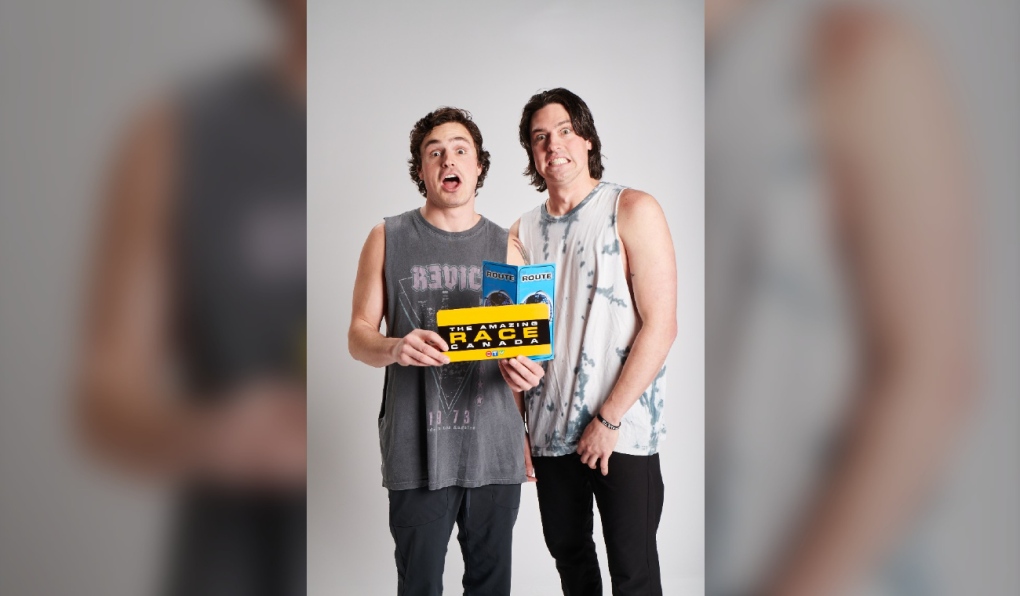 Their attitude on the show and their competition style has earned them legions of fans from across Canada. (Supplied)"We've got a pretty awesome community," Brendan said.

"Everyone's gotten together to support us like crazy. We've been doing viewing parties weekly at different restaurants around the town and everyone's come together, we've been doing fundraisers throughout the race, it's been so much fun. It's been funny too cause like you know we know a bunch of people in this town, it's a pretty small town but as it is we're bumping into people in the grocery store non-stop and we're hearing 'hey McDougalls you guys better win, we're rooting for you.’"

As to the key to their success, they credit their upbringing, their community and maybe the power of the moustache.

"Not only was getting in the pocket huge for us but the moment we shaved in the playoff staches, I think it just gave us that extra boost and propelled us right into that finale," Connor said.

"There's something about a moustache," Brendan added.

"It's kind of an old-school thing, we've always saw our Dad, our dad and our uncle, they had moustaches when they were younger. It's just such a powerful thing we find so we thought why not try shaving them in and run the race in them and maybe that might give us an edge over the other teams.”

Whatever the key to their success has been, it's worked and they will be one of four hoping to come out on top.

The finale will air tonight on CTV northern Ontario at 9pm.