Northern Ont. community rallies to save 'Christmas' the fawn

Northern Ont. community rallies to save 'Christmas' the fawn

There has been some heartwarming news for a small northern Ontario community begging for help with a young injured deer.

Lee-Anne Carver, the woman behind the campaign to remove an arrow stuck in 'Carrot' the deer's head that captured worldwide attention, has a new mission – to save a fawn that has been hanging around her house in Kenora that appears to have a broken leg. Carver has named her 'Christmas.' 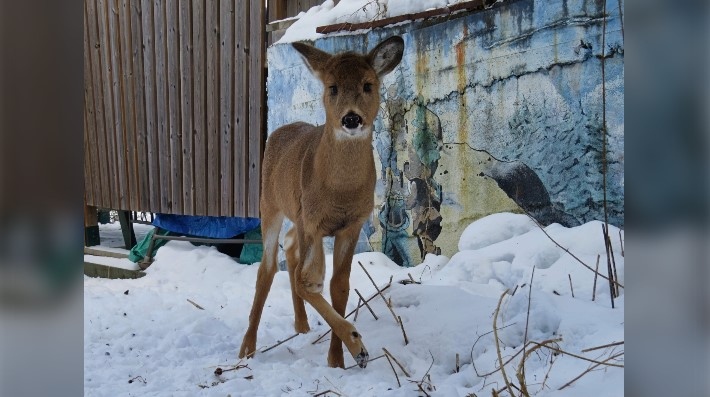 Christmas the fawn is an injured deer in Kenora that has captured the hearts of animal lovers in northern Ontario. (Lee-Anne Carver)

"The injury looks disturbing because the leg appears twisted around at the elbow. The hoof is literally upside down," Carver said in a Facebook post.

"The good news is, 'Christmas' continues to use her leg, which suggests a tolerance and adaptation to the injury. She does what she is supposed to do with her leg like dig at the snow before she lays down."

She reached out to the Ontario Ministry of Natural Resources and Forestry (MNRF) on Dec. 10 for permission to send her 180 kilometres south to Isaiah's Wildlife Sanctuary in Emo. 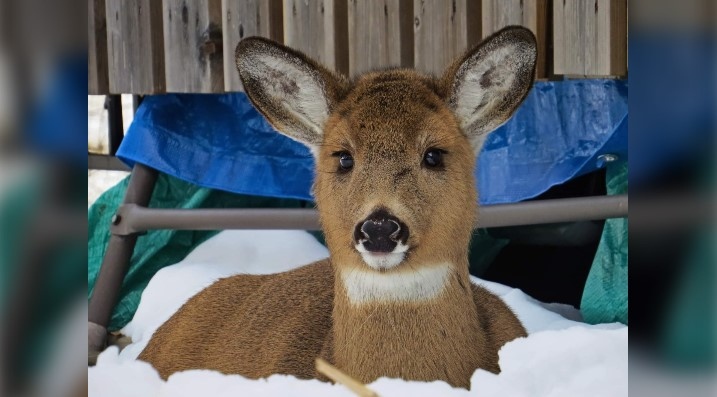 In consultation with an expert wildlife veterinarian, a spokesperson for the MNRF told CTV News in an email Tuesday, "the injuries of the deer appear to be consistent with a vehicle strike and may include a broken leg. This would need to be confirmed by an X-ray."

Despite raising nearly $5,600 in an online campaign in less than two weeks and finding the nearest animal sanctuary in Emo, the MNRF denied Carver's request to have the deer cared for at an authorized wildlife custodian, citing negative impacts of transportation on the animal.

"Transporting the deer any significant distance, to an authorized wildlife custodian, is not advisable for a variety of factors including disease considerations, logistics, and further negative impacts to the health of the deer," the ministry said.

Rickford shared the post about the situation on his own Facebook page, stating his "team is already in action and is working to ensure this animal gets the care it needs."

"We will do everything in our power to save 'Christmas' the fawn," he wrote.

Carver told CTV News in a phone call Thursday morning that she has been informed a veterinarian is being flown to Kenora to assess the young deer. 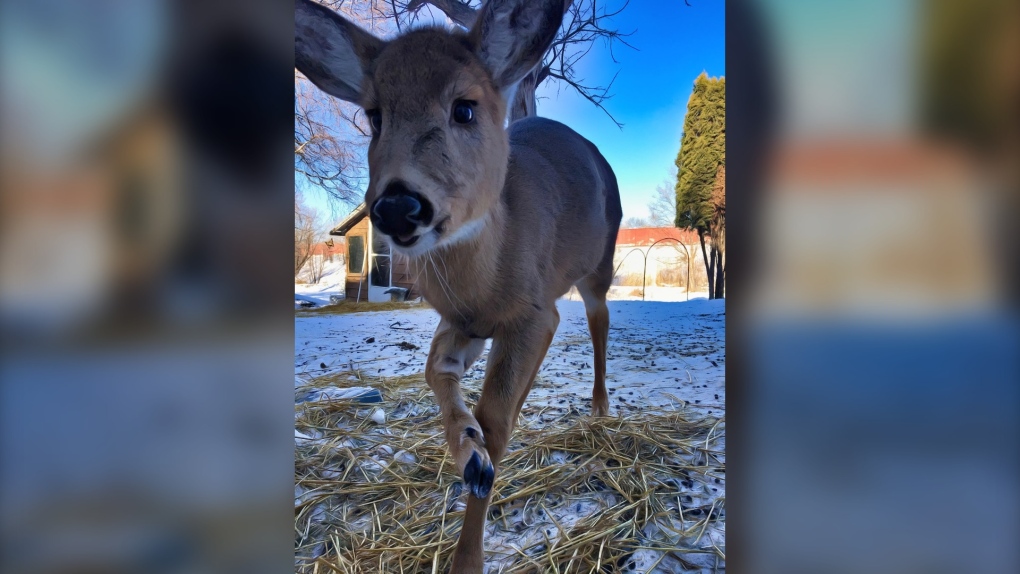 Fawn with a front leg that appears backwards (Lee-Anne Carver)

'Christmas' will be tranquilized and given X-rays Thursday afternoon by Dr. Sherri Cox one of three Ontario directors for the Animal Welfare Foundation of Canada.

The MNRF is building a recovery and care pen in Kenora for the fawn.

The hope is that the deer will have surgery and then be released once recovered.

"He stepped up! It's really extraordinary, for the minister to come to bat like that," she said. "We couldn't have done it without him."

The Bank of Canada lost $522 million in the third quarter of this year, marking the first loss in its 87-year history. In the central bank's latest quarterly financial report, it says revenue from interest on its assets did not keep pace with interest charges on deposits at the bank.

The RCMP has confirmed it is investigating 'broader foreign actor interference activities' in Canada, but Commissioner Brenda Lucki is declining to provide more details given the investigations are 'ongoing.'

Smith tables controversial sovereignty act, which is 'likely' to survive in court

Danielle Smith introduced the Sovereignty within a United Canada Act in the legislature Tuesday while trying to reassure Albertans that it has nothing to do with leaving the country.

The Senate passed bipartisan legislation Tuesday to protect same-sex marriages, an extraordinary sign of shifting national politics on the issue and a measure of relief for the hundreds of thousands of same-sex couples who have married since the Supreme Court's 2015 decision that legalized gay marriage nationwide.

Chinese military jets conducted several intercepts of a Royal Canadian Air Force patrol plane as it flew surveillance sorties from Japan as part of an international effort to enforce sanctions against North Korea, the Department of National Defence confirmed Tuesday.

The Ontario government intends to appeal a court's decision that struck down a controversial bill that limited wages for public sector workers.

From major upsets to heaps of added time to huge moments for Cristiano Ronaldo and Lionel Messi, CTVNews.ca looks at the biggest on-pitch takeaways at the halfway point of the men's World Cup.