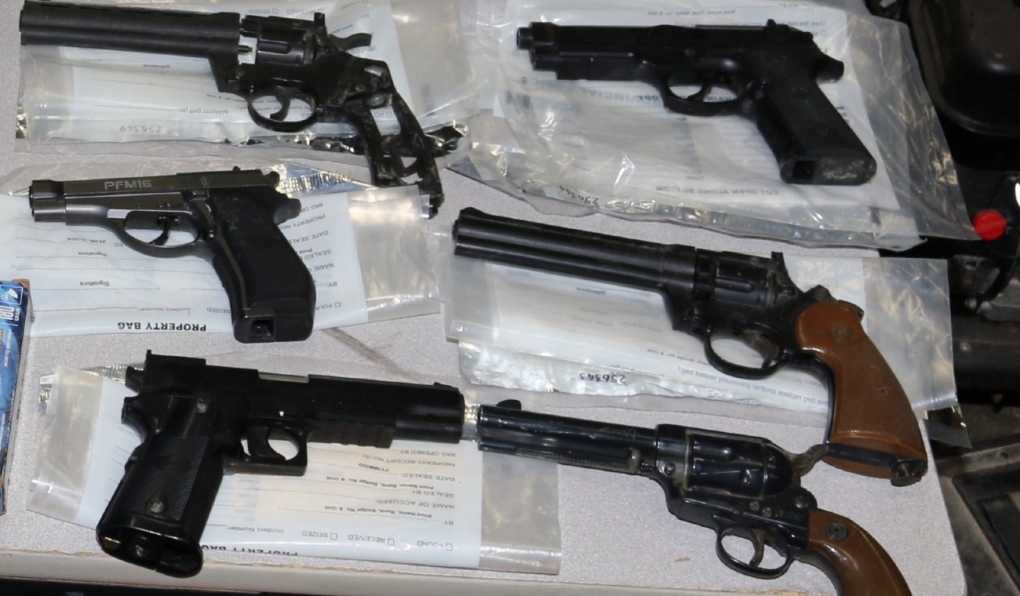 The mayors of the five biggest cities in northern Ontario are calling on the federal government to change proposed legislation that would allow municipalities to decide whether to ban handguns. (File)

SUDBURY -- The mayors of the five biggest cities in northern Ontario are calling on the federal government to change proposed legislation that would allow municipalities to decide whether to ban handguns.

In an open letter to Prime Minister Justin Trudeau and Public Safety Minister Bill Blair, the mayors argue that allowing municipalities to decide whether to ban the firearms would create unintended problems for police in the north.

They are concerned about newly tabled federal gun legislation that would allow each municipality the discretion to ban handguns through bylaws, restricting their possession, storage and transportation.

"In northern Ontario alone, there are approximately 145 municipalities," the letter reads. "We cannot begin to imagine the complexity the large number of municipalities in our area would create for law enforcement officials."

Some gun control activists and local politicians, including Toronto Mayor John Tory, have long advocated for a national handgun ban. The calls for the ban came after a record number of deadly shootings in the city in 2019.

Legislation introduced last month, Bill C-21, stops short of a national ban, but would allow cities to ban the firearms by passing a bylaw.

But in their letter, the mayors said gun laws should be set by the federal government, the letter said, to help with enforcement.

"We strongly believe it is important that the federal government of Canada put in place legislation ensuring uniformity across the country when it comes to rules related to handguns," the letter said.

"We urge you to reconsider the patchwork approach of giving municipalities the authority to set bylaws related to the possession, storage and transportation of handguns. We see no utility in allowing municipalities to set their own set of bylaws, and in fact, what we do anticipate is confusion and frustration for both law enforcement professionals, handgun owners and others."

The new legislation follows a bill passed in May 2020 that banned 1,500 firearms the federal government considers assault-style weapons.