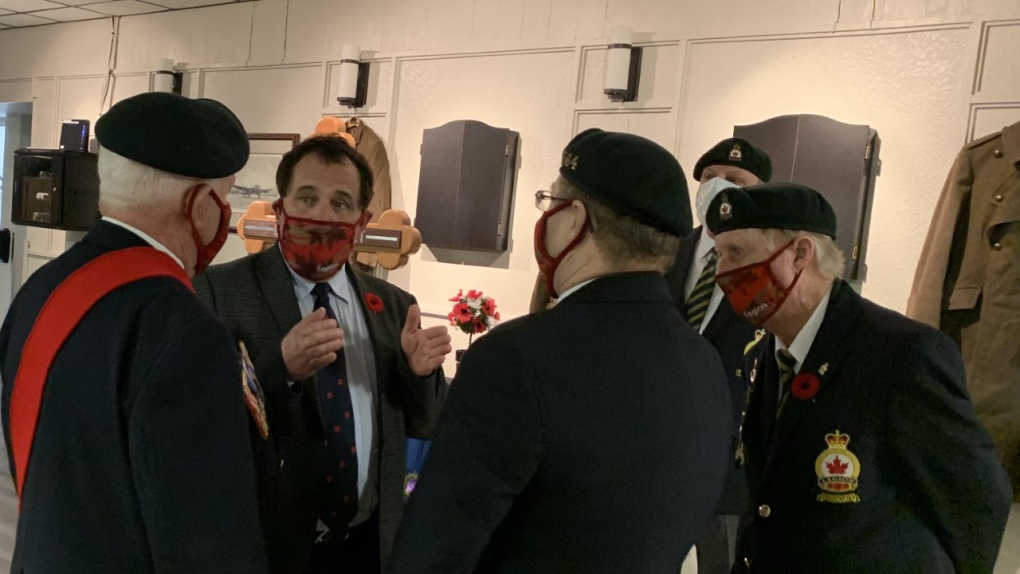 SUDBURY -- New funding has come through for Royal Canadian Legions across Northern Ontario from the federal government.

Onaping Falls will be getting $5,250 from the government while the other 4 are getting cheques for $10,845.

The funding is meant to help them deal with operational costs so they can continue to deliver supports to veterans.

"It's about time the government stepped in to help non-profits and that sort of thing. The Legion itself, no matter what happens, we still have to pay our bills and everything else, just like everyone else.”

Onaping Falls branch is one of many forced to close its doors due to the restrictions put in place by the provincial government.

Without being able to hold some of the regular fundraisers, it's meant times have been a bit tough for some locations.

"We were open for a little while last summer, without patio outside and that, but other than that, not a whole heck of a lot," said Getchell.

"I really want to thank the Legions here and across Northern Ontario for approaching their MP because it's made a difference."

Serre says they've approached the minister to set-up a fund to help those Legions who need it.

"When we look at the Legions in small, rural areas, they have halls, they provide banquets, they provide all sorts of activity for the community which they haven't been able to do during COVID, so this funding will keep them afloat and make sure they can keep paying the bills because there are buildings and they're typically older buildings, so having that extra fund will really help them out," he added.

Those halls receiving the grants will be able to replace any charitable or other revenue lost because of the pandemic.