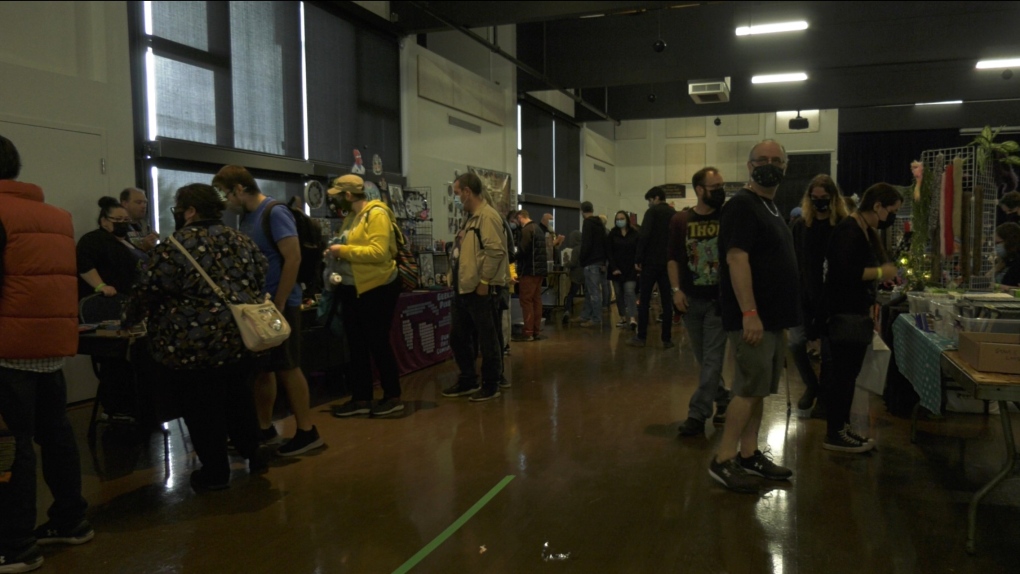 While things look a little different as a result of the pandemic, the Northern Game Expo is back for its sixth year and event organizers say they couldn’t be happier.

“We have 40 vendors. Usually we have a bit more but we had to go to the Caruso club usually we’re at Cambrian college but they’re keeping all events internal until January and we expect usually we get 12 to 1,400 people,” said event organizer Michael Shanks.

“But with restrictions people that aren’t vaccinated and people that are still a little hesitant to come to these events we’re expecting about 30 percent less so we’d say about 8 to 900 people would be a good target.”

Shanks says the event showcases everything nerd, from retro to modern video games, comics, anime, vintage toys, board games, local art and so much more.

After having to cancel last years event Shanks says many who attended told him they were just glad to get back to in person despite the restrictions. In order to attend the event everyone had to show proof of vaccination and masks were mandatory.

Bourgeois is a local tattoo artist who brought his talent of drawing to life at the event creating custom pieces for patrons. He first attended the event for fun but quickly saw the potential for his business to shine.

“Access to vendors that we would usually have to find online…It’s nice to be able to sell and buy in person and so that’s why I’m just really proud to sponsor this event and be able to kind of you know when I’m not filling your arms and your legs I can fill the walls of your home with art,” says Bourgeois.

Vendors as far as British Colombia and Montreal travelled to be a part of the event. Organizers say as long as restrictions continue to lift the seventh annual event will be even bigger and better.