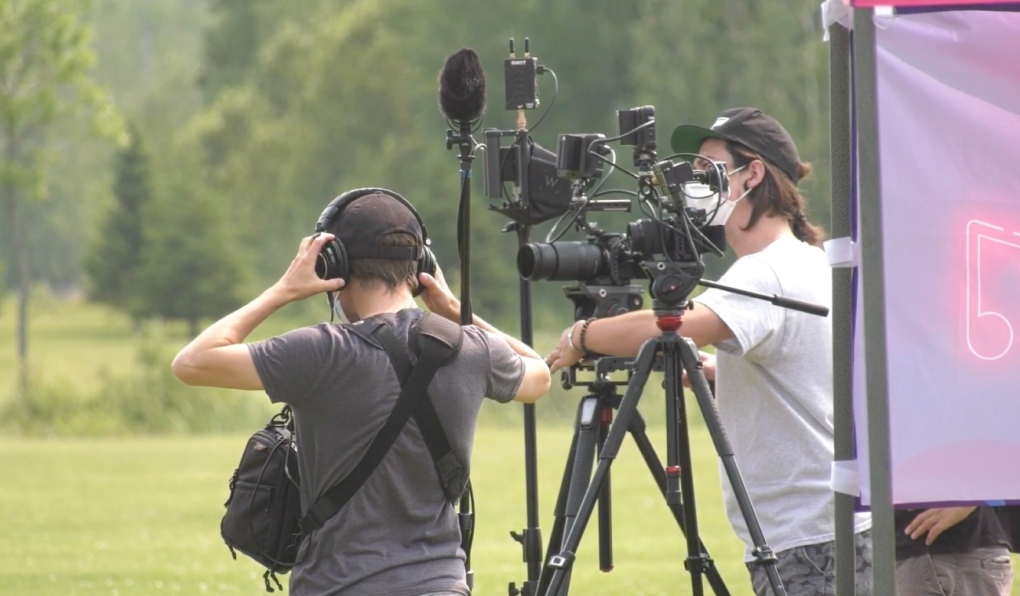 Film productions are back to pre-pandemic levels, according to industry experts at Culture Industries Ontario North. (File)
Timmins -

Film productions are back to pre-pandemic levels, according to industry experts at Culture Industries Ontario North.

The organization's film programs supervisor, Rob Riselli, said tax breaks in the region are keeping production companies interested, with around 30 projects from independent productions to the occasional larger-budget film or TV show coming to the region.

"We're coordinating a scout at this moment for a project that's looking to shoot here next fall," Riselli said.

Sudbury, North Bay and Sault Ste Marie have been the more popular locations for productions, he said, due to their urban, suburban and 'quintessential' downtown looks.

Timmins has had some success this year as well, with two TV shows and a commercial filming in the city. Though the Timmins Economic Development Corporation (TEDC) wants to bring even more lights, camera and action to its area.

"We're hoping that we can get a piece," said community development coordinator Noella Rinaldo.

"We have some infrastructure we need to build, but there's a way to start and we've started that process. So we're excited by the possibility of what can come."

Rinaldo said producers are coming to town next week to scout locations for a feature film.

The TEDC also launched a new Facebook page outlining its offerings for film and TV productions, where it can also post listings for acting roles and production crew jobs.

With the demand for content growing, especially during the pandemic, Riselli and Rinaldo said there is plenty of potential for the region's industry to grow.

"With streaming now and Amazon and Netflix doing movies, this really has opened up the potential for northern Ontario to be the place to be filming a production," said Rinaldo.