Northern comedians back on stage with COVID restrictions 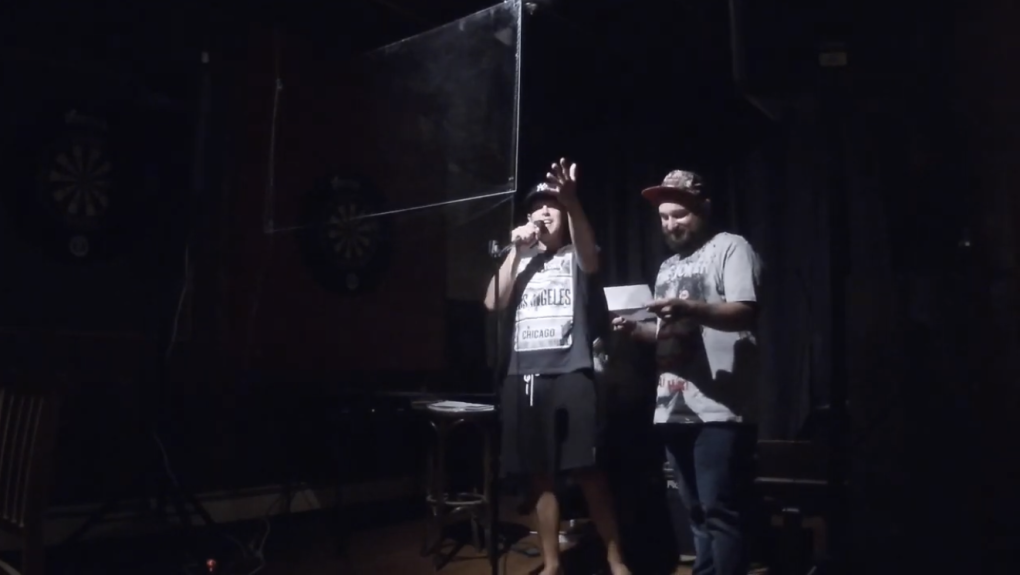 TIMMINS -- It's not the same atmosphere as a pre-COVID-19 comedy show but comedians Richard Steudle and Jamie Klomp are relieved to get a taste of normalcy and give people live entertainment.

After two successful shows at the Moneta Pub and Grub in Timmins, Streudle said the new restrictions in place add some challenges to the experience.

"Now we have plexiglass in front of us, so when my spotlight's pointing down at me, it's like doing stand-up to a mirror," said Steudle, who has been a comedian for at least 10 years. "And I like to do a lot of crowd work, so I can't even see anybody."

Klomp is newer to live comedy, otherwise known in the community for producing skits online and hosting events.

He and Steudle said they feel safe performing and it seems like people comfortable with coming out to shows enjoy them.

"Sometimes you hear the laughter and you can't see them, so that's been the one major difference," Klomp said.

"Besides that, they're great crowds. People come out to have a good time and if you can make them laugh and they can go home with a smile on their face, it's a big success."

With limited income to be made from the shows right now, he said it will also be difficult to invite more established acts to "work for peanuts."

"I think stuff's going to be a lot more regional, there's not going to be as much travelling comedy," Steudle said.

"Which I'm fine with. It actually gives opportunities to people who probably deserve it, versus people with (experience)."

With Steudle and Klomp helping organize many of the local shows they perform in due to lack of options, there are currently two more acts set up at Moneta Pub and Grub on September 12 to 20 and Sept. 26.

At this point, Klomp said he, his fellow comedians and audiences seem comfortable with how the shows have adjusted to this crisis.

"We're going to continue it as long as restrictions allow us to perform ... and we're really looking forward to some of the restrictions being lifted, when that's possible," Klomp said.

In light of a possible second wave, Steudle notes that comedy is an adaptable art form.

During the months when venues were still closed, Steudle live-streamed acts from his home to stay connected to his audience.

As with Klomp, Steudle said he will balance those online performances with live shows to keep providing those laughs and smiles through this crisis.

"The whole COVID thing actually worked out better for me [...] it made me work harder," Steudle said.