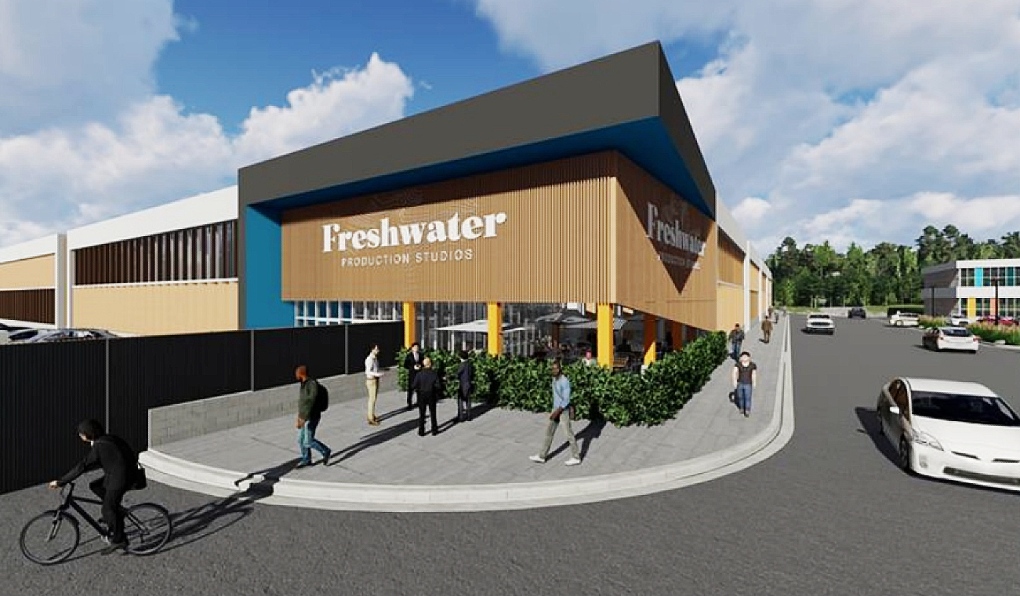 Representatives from Freshwater Production Studios made their pitch to city council this week, outlining plans for a new, 116,000-square-foot facility on The Kingsway that would feature three sound stages, in addition to office and workshop areas. (Supplied)

News this week about a $35 million film studio proposed for Greater Sudbury is just the latest of a flurry of recent announcements in the northeast.

Representatives from Freshwater Production Studios made their pitch to city council this week, outlining plans for a new, 116,000-square-foot facility on The Kingsway that would feature three sound stages, in addition to office and workshop areas.

If everything goes according to plan, construction will begin in 2023, eventually creating 1,385 jobs and bringing in $60 million in revenue.

The goal would be to attract higher-value productions to the north and take advantage of the billions that streaming networks are spending on new productions.

Freshwater spokesperson Tammy Frick said that the new studio will help spawn other facilities in the north.

"I think in 10 years, FPS will be the studio that started (other) studios in northern Ontario," Frick said, in promotional video shown to council.

"I can see, definitely, a sound stage in North Bay, I think Sault Ste. Marie isn't far behind. So I really do believe that this is just the beginning."

Speaking to councillors Tuesday, Frick said the video was shot two months ago and her prediction has already come true.

Earlier this week, a Toronto area developer and film producer announced plans to turn a historic building in downtown Sault Ste. Marie into a film studio, with productions to begin shooting there next year.

And in North Bay, North Star Studios, a new film and TV production company, is buying the vacant Epiroc office building on Ferris Drive to transform it into a $26 million film studio capable of creating large-scale productions.

"That's how quickly news goes," she said. "This industry is growing rapidly in northern Ontario."

What makes Freshwater unique, she said, is that is a purpose-built studio capable of handling higher-end productions and post-production work from other projects.

Consultant Edith Myers told councillors that the studio would join Pinewood in Toronto as the only other purpose-built studio in Canada.

It has since become home to high-end movie shoots and series such as Star Trek Discovery, which films over many seasons, extending the economic benefits.

Myers said streaming services are in need of space for productions, and that Ontario has had to turn away work since 2016.

"Every nook and cranny has been converted into quasi studio space," she said.

Myers said the studio will be able to handle three productions at the same time, with room to expand at its Kingsway location.

"It's a fantastic opportunity," she said. "There's going to be so much business for all of northern Ontario."

Loretta Lynn, the Kentucky coal miner's daughter who became a pillar of country music, has died. Lynn's family said she died Tuesday at her home in Tennessee. She was 90.

'I don't see this getting better': Gas prices in Ontario expected to keep climbing

Drivers should fill up their tanks Tuesday as gas prices in Ontario are forecast to rise in the next few days, with one industry analyst warning that more hikes could be coming.

Elon Musk drew backlash on Monday from Ukrainian officials, including President Volodymyr Zelensky, for his unsolicited advice on how to bring about "peace" amid Russia's ongoing invasion of the country.

Don Martin: An Alberta storm is brewing as Danielle Smith is set to become premier

The next premier of Alberta could well make Conservative Leader Pierre Poilievre look like a right-wing lightweight, Don Martin writes in an exclusive column for CTVNews.ca.

6 California killings may be work of serial killer: police

Ballistics tests have linked the fatal shootings of six men and the wounding of one woman in California -- all potentially at the hands of a serial killer -- in crimes going back more than a year, police said.