Emily Batty is a professional athlete that rides for Canyon Mountain Bike team and Redbull. She has competed in two Olympic games, is a gold medal Canadian national champion and a two-time world champion. Batty won a silver metal in the 2014 Commonwealth Games and is the current gold medal champion of the Pan American Games, which were last held in Toronto in 2015.

Batty hosted a meet-and-greet for fans at 12:30 p.m. at the Three Tower Trails on Tower Drive. She has close ties to northern Ontario and has shared her experiences with over 500,000 followers on social media, including more than 350,000 on Instagram.

"I never saw age as a limitation. So riding alongside the 10-year-olds today and the 65+ as well, it all comes down to a mindset and if you want to be out nature and live a healthy lifestyle, cycling is for you," Batty told CTV's Eric Taschner. 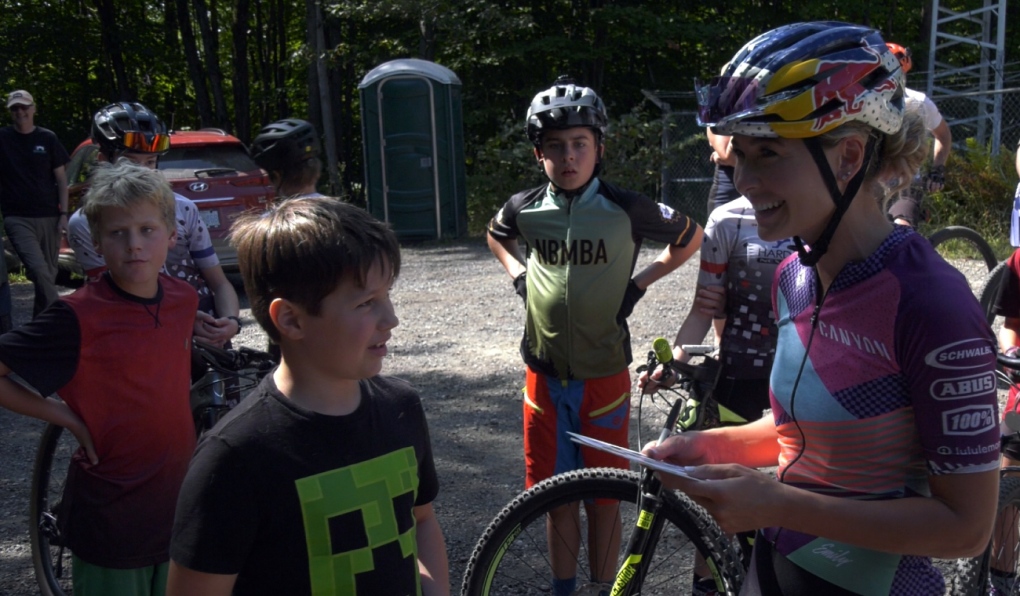 Tourism North Bay is showcasing the Three Tower Trails. The trails were designed and built by volunteers of the North Bay Mountain Bike Association and follow International Mountain Biking Association standards with unique rock features and a great ride. There is currently over 5km of trail in addition to a trailhead pump track on the new trail network. Trails range from beginner to difficult. The Hillside Lake Trail takes you to a stunning lookout over Hillside Lake.

The North Bay Mountain Bike Association supports Mountain Bike Skill development in the community with programs for women and youth along with weekly social rides. Recently they hosted a race series with Angry Johnny’s Racing Club, drawing participants from Sudbury and Huntsville.