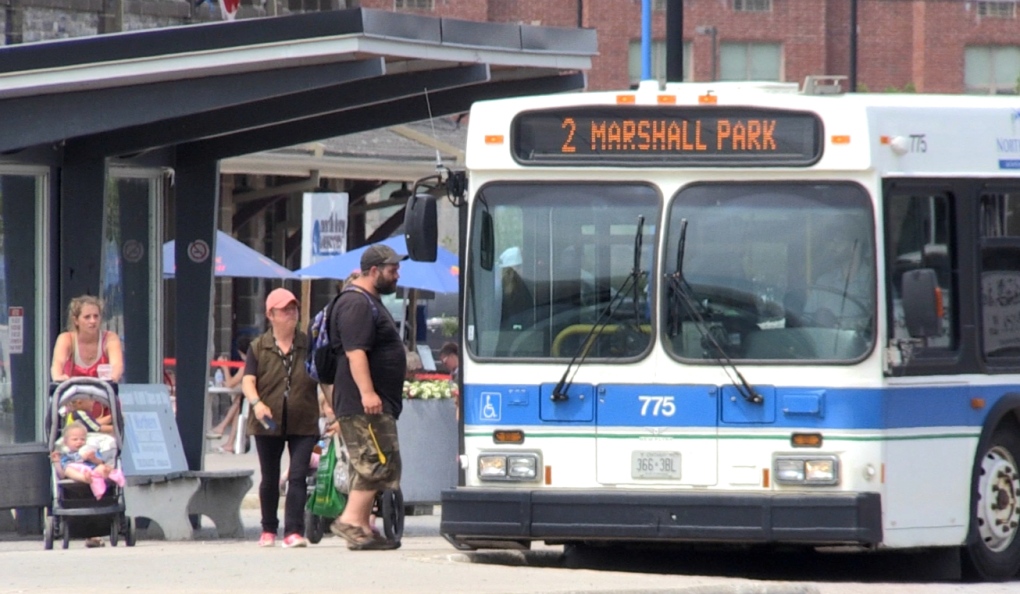 "A mask policy is something we'd be having a strong look at and to me, it makes sense," said Chris Mayne, a city councillor who chairs the city's infrastructure and operations committee. "We'd start it when we typically see the increase in ridership season."

This comes after the Toronto Transit Commission announced Thursday all riders must wear masks on city buses, with the exception of children under the age of two and those with underlying health conditions.

"I commend the City of Toronto for making masks on transit mandatory," said Mayne. "I think it is a good idea."

He said the transit team has discussed the idea in the past in conjunction with the North Bay and District Health Unit, but not all riders are on board.

For now, wearing masks on city buses is recommended, not required. CTV News spoke with several city transit riders and opinions are mixed.

"It's important to keep people safe," said one rider. "So many people have compromised loved ones. We have to do what we have to do."

"It stops the spread of germs," said a third rider. "Maybe, there should be a little bit of an exemption, but you want to be safe."

"I find that the drivers should wear a mask, but not the passengers, though," said a fourth rider.

Mayne said transit has installed a Plexiglas shield for drivers to protect them and mandatory masks could be the next move come fall.