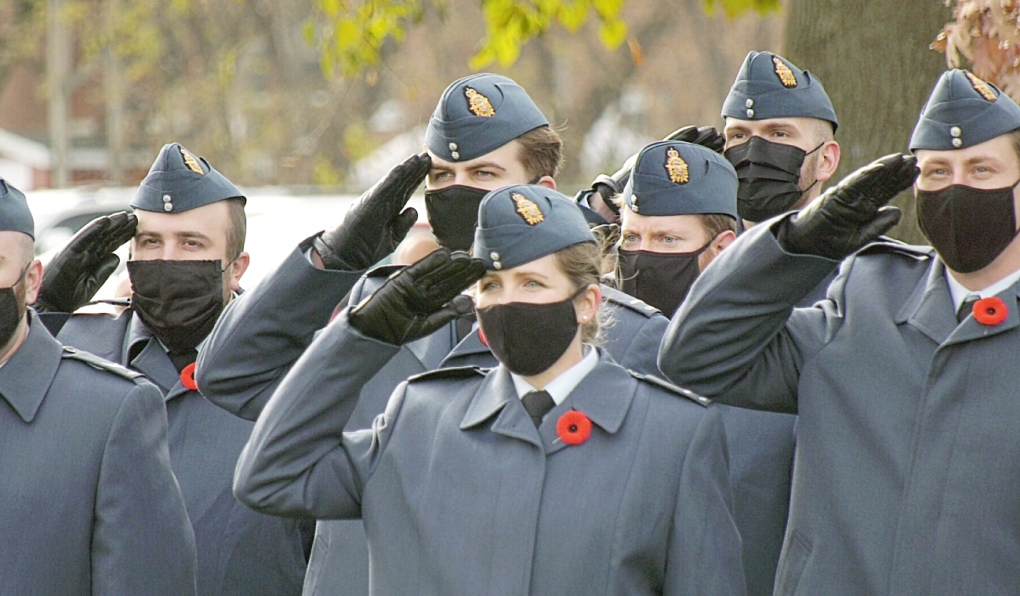 Hundreds of people attend the Remembrance Day ceremony at the Memorial Park cenotaph in North Bay on Thursday, the second year the ceremony has been held there. (Eric Taschner/CTV News)
North Bay -

As 'The Last Post' rang out at the Memorial Park cenotaph in North Bay on Thursday, there was silence from Harry Sloan. He said he wanted to quietly thank his family who fought for our freedom.

“My grandfather served in the Second World War. I’ve got a cousin who had three tours in Afghanistan,” said Sloan.

He was one of hundreds of people to attend the Remembrance Day ceremony at the cenotaph, the second year the ceremony has been held there. Under normal circumstances, it would be held inside Memorial Gardens.

“Coming out for one day in the year, even if it’s colder and wetter, is the least I can do to honour them,” said Jorge Dacosta

Every year, there are fewer and fewer Second World War veterans. But North Bay doesn’t forget them. For legion members and veterans, seeing the crowd and the poppies pinned to the coats brings a sense of gratitude knowing people have their back.

Thompson is a Royal Canadian Air Force veteran who served during the height of the Cold War in the 1960s. Thompson said he is grateful no bullets were fired at him during that time of political unrest.

“My mother was very pleased no one shot at me, as well,” he said. “We did some tours in Dusseldorf. The country was totally separated and the Berlin Wall was still up. It was a tense scenario.” 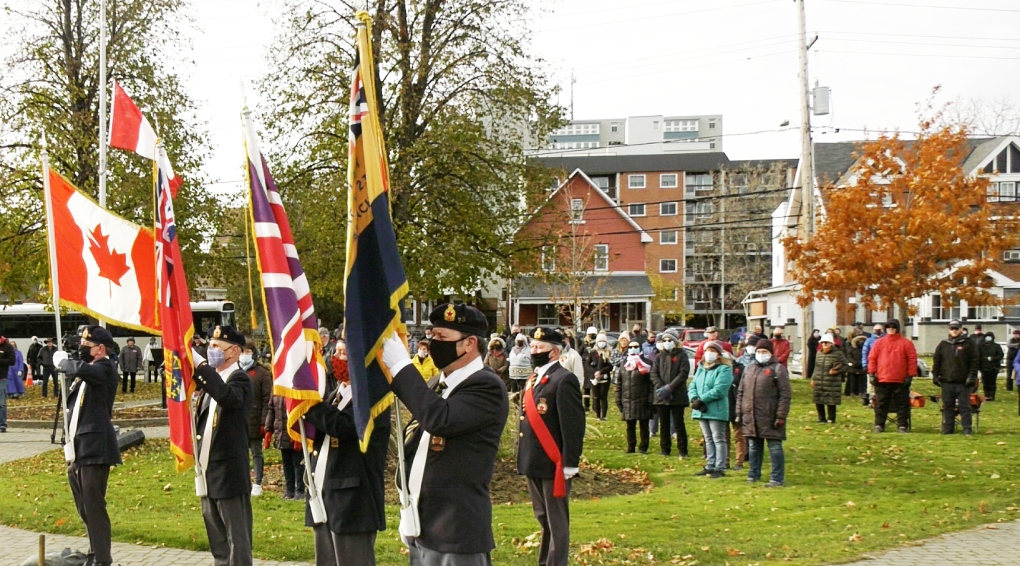 Hundreds of people attend the Remembrance Day ceremony at the Memorial Park cenotaph in North Bay on Thursday, the second year the ceremony has been held there. (Eric Taschner/CTV News)

North Bay has a large military legacy. There are those who went overseas and also those serving today with the 22 Wing/Canadian Forces Base surveying and protecting North American skies.

“The mission doesn’t stop -- it’s 365 days a year,” said 22 Wing Commander Col. Mark Lachapelle. "Right now we have our crews standing on guard. I couldn’t be more proud of them."

Nipissing MPP Vic Fedeli and North Bay Mayor Al McDonald were present for the ceremony and laid wreaths. McDonald took time to thank the men and women from 22 Wing.

“We’re safe because of the men and women that protect us 24/7. I want to say our gratitude to those who served before us and those currently serving,” said McDonald.

While Remembrance Day is about remembering the sacrifices made, Royal Canadian Legion Branch No. 23 said it’s also about ending conflicts between ourselves and those that have different opinions from our own. And at the same time thanking our current day heroes: our frontline workers.

“We need to stop the turmoil. We must remember we have many frontline workers here now: our military personnel, our police departments, fire departments, and our medical departments,” said branch president Eileen Viau.