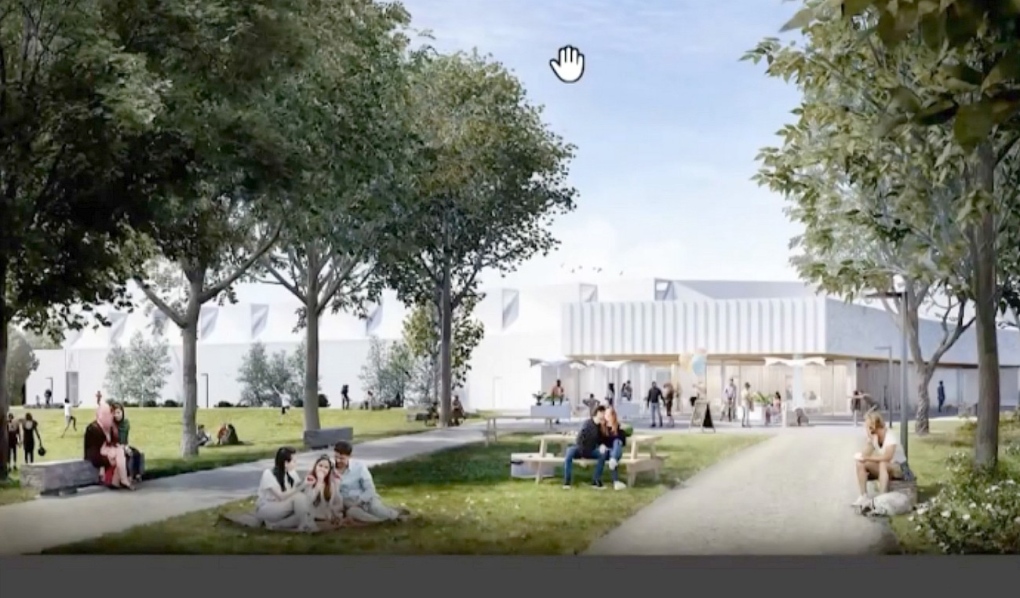 A $40 million community centre project is becoming a hot button topic in North Bay as city council edges closer to deciding whether to move forward with the proposal. (Supplied)

NORTH BAY -- A $40 million community centre project is becoming a hot button topic in North Bay as city council edges closer to deciding whether to move forward with the proposal.

The plan to build a new community centre, with twin ice pads, to replace the aging West Ferris Arena, is receiving a lot of criticism, but also support.

While a local sports organization is throwing its support behind the project, an online petition is calling on councillors to reallocate the money for city services like helping the homeless and supports for mental-health initiatives.

"The majority of the people don't want this at all," said Devon Daouine, who started the petition. “I am an athlete and I like the idea of having a new community centre, but I don’t think now is the time.”

The petition has more than 600 signatures.

"We're looking at building a community centre and these are members of the community and they're not being treated as such,” said Daouine. “Those that want something take priority over those that need it."

A counter-campaign in support of the community centre has sprouted up on social media.

The last time the city built a new arena was back in 1955.

“West Ferris Arena is past its lifespan,” said North Bay Mayor Al McDonald. “We have to spend $100,000 a year just to shovel off the roof to make sure it’s safe for the people that use it.”

McDonald said the Pete Palangio Arena on Wallace Rd. might only have five to seven years left.

“Each year we wait, we're going to add another $1.5 million onto it,” said McDonald. “If we lose the West Ferris Arena, we can't even provide enough ice time for our users."

Construction of the proposed 85,000 square-foot centre, complete with twin ice pads, a walking path, multi-purpose room and change rooms, is estimated to cost between $35 million and $40 million.

The city applied for financial help through the Investing in Canada Infrastructure Program, but was denied. McDonald said if the cost increase, he will not support it.

"The best time to really tender this out is during a pandemic because we're hearing from the commercial and industrial side there's not much work out there," he said. "It will make it competitive … If it came in at $50 million, I would not be able to support it."

The North Bay and District Chamber of Commerce said the pandemic has only hurt citizens and is asking council to think of the taxpayers, show fiscal responsibility and hold off on the project, at least for the time being.

"It's about the $35 million-40 million they are going to spend, that's going to impact the taxpayers,” said chamber president Peter Chirico. “Whether it's funded or not through the capital budget, it is a need and a want. We have aging infrastructure, but this is not the time to be going ahead with a project with so many unknowns next year."

In a statement to CTV News, Sport North Bay, a local organization advocating for competitive and recreational sports, pleads with council to vote to build the proposed arena.

"Sport tourism is one of North Bay’s big drawing cards, and if we do not have the facilities, sport tourism will not flourish," said Sport North Bay chair Heather Chambers.

“Are we going to delay until we need four new ice pads? If so, we may end up forcing hockey and other ice users to move out of town to practise and compete, or even worse, give up their activities altogether.”

Council still has to pass its budget. After that, councillors will to vote whether to tender the project, which would give a clearer picture of the actual cost of the project.

From there, council will have a final vote whether to build the facility.