A motion was brought forward by city councillors Chris Mayne and Mark King requesting the beach be renamed Shaabgiizhig Jiigbiik in Ojibwa, Shabogesic Beach in English.

Council voted and approved the renaming of the beach in May to pay respect to the local Indigenous leader.

A plaque was unveiled by the city during a ceremony Thursday morning at the beach with officials from the neighbouring First Nation community and the public. 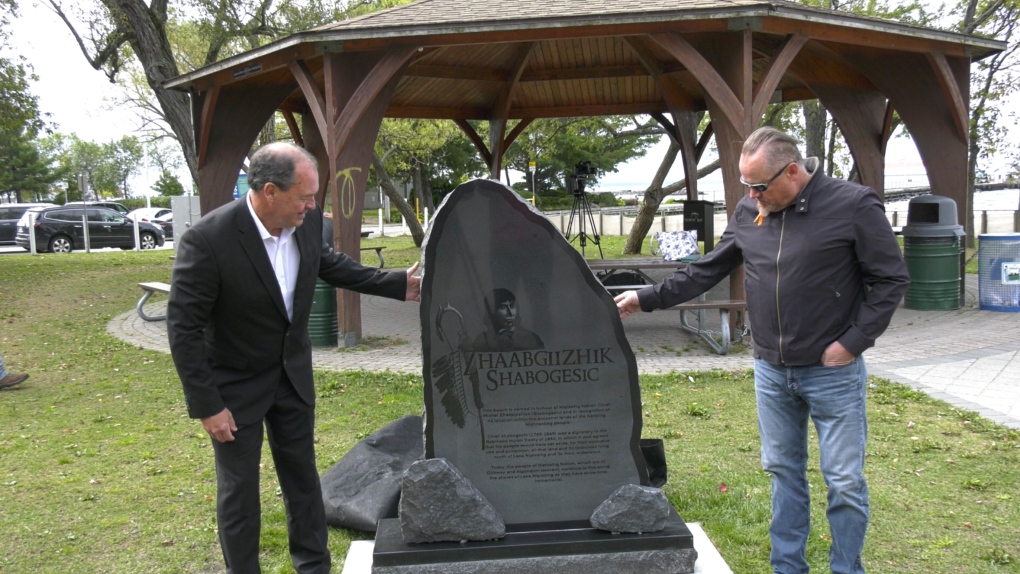 "This was named Marathon Beach and no one can recall why that happened," said North Bay Mayor Al McDonald.

“We need to recognize Nipissing First Nation and the true meaning of these lands."

Shabogesic was part of treaty negotiations and signed the Robinson Huron Treaty of 1850 with the Canadian representatives of the British Crown. With his signature and as the 10th nation to sign, Nipissing First Nation was created.

Shabogesic was about 80 years old when his death was reported in July 1869.

"It's significant to us because, for the longest time, our history and presence wasn't even recognized. And, you know, in the last decade or so, that's been starting to change," McLeod said at the ceremony.

He said his ancestor’s mission was to secure lands and protest inherent rights.

"Not only is this our traditional territory, but after the treaties were signed and when we look to negotiate lands set aside, which are known now, today, as reserves, this (beach) was supposed to be part of that," McLeod said.

McDonald said the city is always exploring and looking for other ideas and options to name landmarks after Nipissing First Nation culture in honour of truth and reconciliation.