North Bay reacts to moving out of COVID lockdown 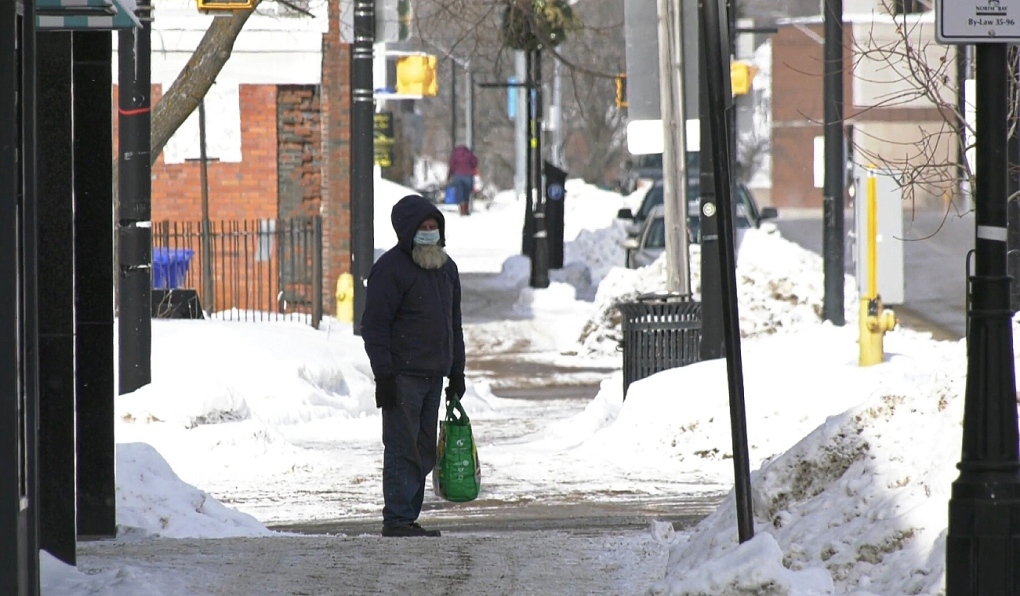 It's the news people in North Bay have been waiting to hear. For the first time since the Christmas holidays, the North Bay and Parry Sound region is moving out of the province's stay-at-home order and back into the provincial colour-coded framework. (Eric Taschner/CTV News)

NORTH BAY -- It's the news people in North Bay have been waiting to hear. For the first time since the Christmas holidays, the North Bay and Parry Sound region is moving out of the province's stay-at-home order and back into the provincial colour-coded framework.

"We're really pleased that the numbers are low enough that we can open up,” said North Bay Mayor Al McDonald. “Even if it's limited. We’re the second-lowest community in the province for COVID numbers. Some of our local businesses were really suffering.”

In the red zone, social gatherings are limited to five people indoors and 25 people outdoors where physical distancing can be maintained. Restaurants and bars can have up to 10 people inside for indoor dining.

Capacity limits for retail include 75 per cent for supermarkets and other stores that primarily sell groceries, convenience stores and pharmacies and 50 per cent for all other retail, including discount and big box retailers, liquor stores, hardware stores and garden centres.

Stores must post capacity limits publicly and they must have passive screening for patrons.

"It's been a difficult time for our business community over the past two months,” said North Bay & District Chamber of Commerce president and CEO Peter Chirico. “They have been patient and they have been waiting for this."

The North Bay Parry Sound District Health Unit continues to urge people in the region to follow public safety measures in hopes of moving back to the less restrictive zones.

Since the latest lockdown began, three people in the region have died from COVID-19. But health authorities said Friday overall people have done well.

"The community deserves so much credit,” said health unit Medical Officer of Health Dr. Jim Chirico. “It has been extremely difficult the last year on so many people and it has affected so many lives."

Chirico agrees with the move by the province and said the region should be placed in the red zone due to the spread of COVID-19 variants.

“We have to consider how deadly the VOCs (variants of concern) are,” he said. “We also need to realize, too, that we're not an island and that we have to make sure we're looking at what's happening around us."

Chirico said the extended regional lockdown helped bring the local case numbers down and he said it saved multiple lives.