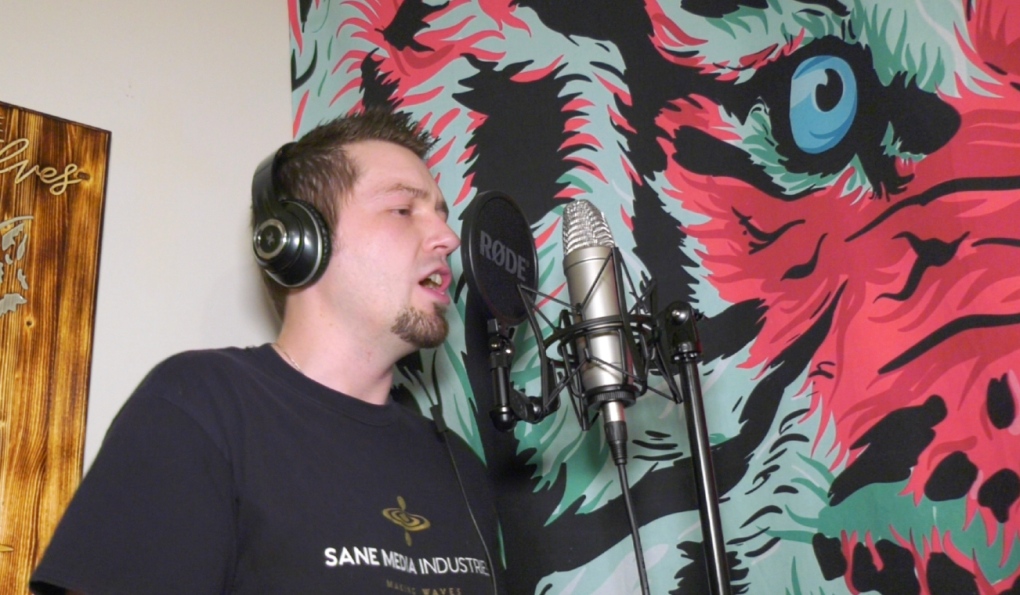 North Bay rapper Ryan Barager goes by his stage name, SixthSense. When Barager was growing up, he was in a dark place in an abusive household. As a teenager, he would often use drugs and alcohol to help with the pain. (Eric Taschner/CTV News)

NORTH BAY -- A North Bay rapper is sharing his story of dealing with addiction and mental-health issues, while also releasing a new song aimed at supporting people who are facing similar issues.

Ryan Barager goes by his stage name, SixthSense. When Barager was growing up, he was in a dark place in an abusive household. As a teenager, he would often use drugs and alcohol to help with the pain.

At one point, he was on the verge of taking his life. What helped him get through his struggles was his passion for writing poetry and fiction stories to express his feelings. It was how he got into the music scene and found a love for rap music. He has been rapping for 14 years.

Turned his life around

Barager has since turned his life around and has been clean for three years.

"I've gotten to see the growth in both his mental health and addiction recovery because he was able to use music as an outlet," said his girlfriend, Shae Tyers.

Barager now wants to be a beacon of light for others. His new single, called 'Suicide,' premiered Friday. The song is a story about his struggles growing up, highlighting that he’s not the only one going through tough times.

"If you just push through, you will love yourself in the end for it,” said Barager. “You can push past the drugs and alcohol abuse."

Barager plans to donate $1 for every 1,000 views on his YouTube video to local charities and non-profit organizations that support people dealing with mental health and substance abuse.

Tyers works at Amelia Rising and said the money will greatly benefit those in need.

"From working in non-profit organizations, it's going be so helpful in allowing them to continue to help them with their mental health and addiction recovery," she said.

Bararger said the COVID-19 pandemic has allowed alcohol and substance abuse to skyrocket in North Bay and that many people need access to help. He's encouraging those contemplating taking their life to seek professional help.

A link to the YouTube video can be found here. Viewer discretion is advised as there is some strong language in the song.