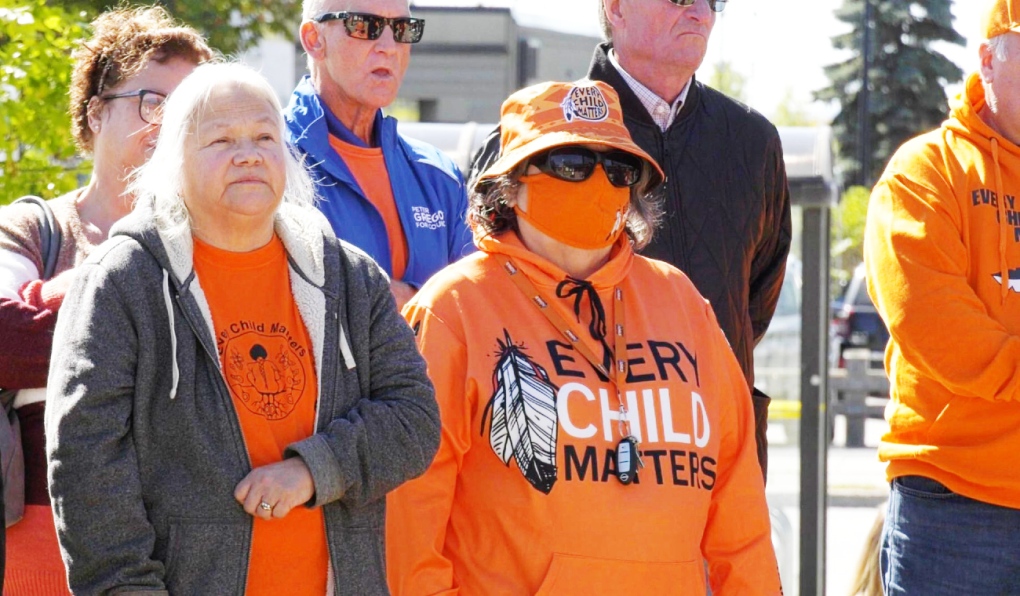 The City of North Bay raised the ‘Every Child Matters’ flag Thursday afternoon in a ceremony honouring Canada’s survivors and victims of the residential school system. (Eric Taschner/CTV News)

The City of North Bay raised the ‘Every Child Matters’ flag Thursday afternoon in a ceremony honouring Canada’s survivors and victims of the residential school system.

“We wanted to make sure we showed our respect,” Mayor Al McDonald said.

The flag was raised to a crowd of more than 50 Indigenous people, dignitaries and members of the public who were sporting orange shirts, hats and sweaters. It comes a day before Friday's National Day for Truth and Reconciliation.

Couchie's aunts and uncles all attended residential schools and her father is a survivor of the Spanish Indian Residential School.

She will be reflecting and thinking of him Friday.

“He witnessed a lot of atrocities there," Couchie said.

"He was taught not to be proud of who he was … They ruined his self-esteem there. He was told many times there if he spoke his language that it was the devil's language."

Couchie said that about 30 years ago, she visited the school site with her father to pay respects to those who were forcibly taken from their families and taken to the schools.

She remembered her father telling her of where he believed there were unmarked graves.

“He showed us an area where he thought children were buried," Couchie said.

"It was just outside of the cemetery where that school was. It’s just mind-boggling that in this day and age people still deny what happened.”

She said there’s still along way to go for people to accept the realities of residential school horrors and move forward. 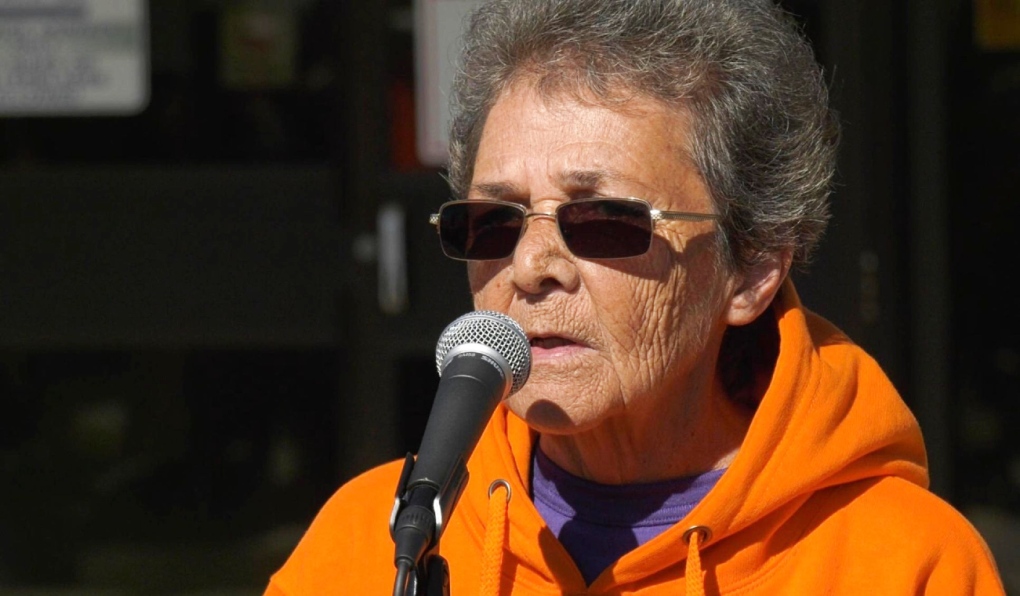 The City of North Bay raised the ‘Every Child Matters’ flag Thursday afternoon in a ceremony honouring Canada’s survivors and victims of the residential school system. (Eric Taschner/CTV News)

“We’ve been so colonized -- even non-Indigenous people have been colonized, too,” she said.

“It’s a day for non-Indigenous Canadians to learn with us and participate with us.”

In 2017, McDonald was asked by the former president of Nipissing University if the city would proclaim the year as Truth and Reconciliation Year. He agreed.

McDonald is calling on all North Bay citizens and Canadians to take a few minutes Friday and either research the history of residential schools or reflect in their own way.

“If you were to understand the history and just even a fraction what I've learned over the last five years, you'd be embarrassed as a Canadian,” McDonald said.

“Treaties weren’t recognized. Stigma and racism happened in our country.”

McDonald remembers the city partnered with First Nation leader George Couchie through a learning-and-accepting process in 2018.

“It hasn’t just been a one-day thing,” he said. “The vast majority of us recognize we have a lot to learn.”

The flag will remain until Monday.

Bob McGrath, an actor, musician and children's author widely known for his portrayal of one of the first regular characters on the children's show 'Sesame Street' has died at the age of 90.