The total amount of criminal charges laid is 106.

"It would not have happened if it weren't for the efforts of our first line officers from both organizations who investigate and prevent street crime and violent crime in our communities," commented Scott Tod, North Bay Police Chief.

It all began when meetings between members of police services determined that many suspects involved in the distribution of opioids and methamphetamines were not bound by a specific geographical area in the Nipissing District.

As a result, the North Bay Police and OPP Community Street Crime Unit and Organized Crime Enforcement Bureau partnered to identify and take enforcement action on those people believed to be involved in the illegal distribution of drugs as well as those who were wanted on outstanding arrest warrants.

Police officials say the initial enforcement centered on drug distribution in the downtown core of the City of North Bay. This enforcement increased not only arrests but also interaction with individuals, resulting in several other open investigations being solved by way of criminal charges.

Police have dubbed this joint forces operation as Project Drifter and say it has seen many long hours by investigators. Interviews, surveillance, writing search warrants and other investigative techniques were utilized.

"Crime has no boundaries and respects no jurisdictions. It is incumbent that all police services work together," said Karl Thomas, OPP Acting Chief Superintendent.

Since September, the following has been seized 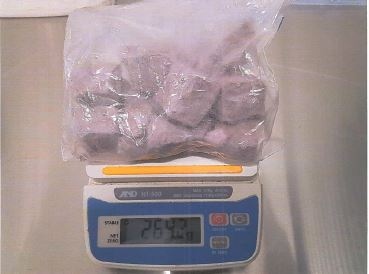 "What we've learned is that there's a group of criminals in North Bay and the community that prey upon people that suffer from mental health and addictions and other safety concerns in our community," explained Tod.

Police say Project Drifter was not only about the arrests made, but the many hours spent investigating the event and circumstances behind community concerns.

Tod added that "this is about showing the community that we're listening to their concerns."

The 30 people charged are from North Bay and area, West Nipissing, Hamilton and Quebec.

Police add that these arrests have taken a big chunk of crime out of action.