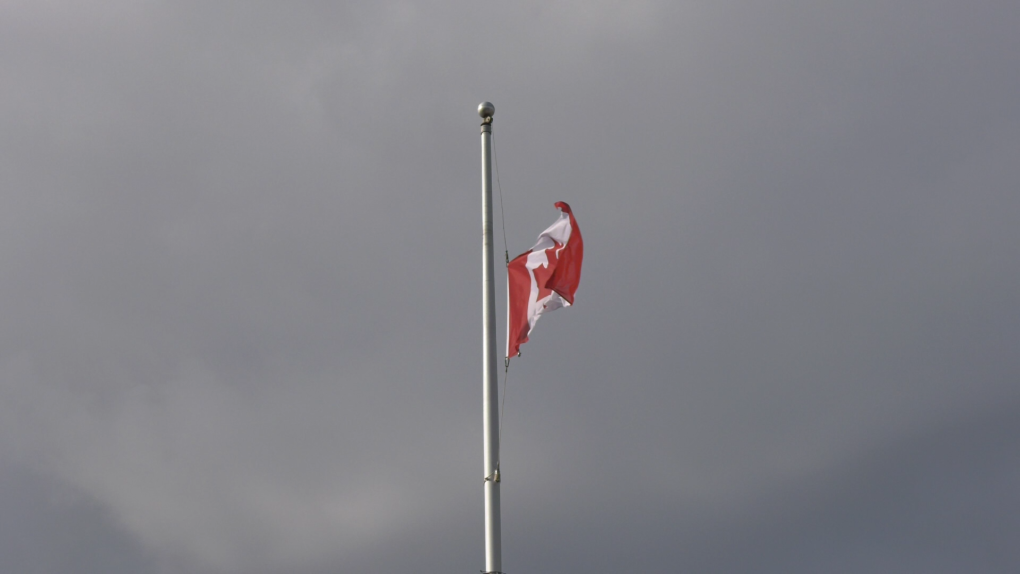 In attendance at Saturday’s memorial was Inspector Jeff Warner from the North Bay Police Service who went to the scene of 9/11 just a few months after the attacks. Sept.11/21 (Jaime McKee/CTV News Northern Ontario)
NORTH BAY -

A memorial was held at the North Bay Police Service on Princess Street Saturday morning to honour those who lost their lives on 9/11 twenty years ago.

CTV News spoke with local police officers and firefighters who said 9/11 still feels like it was just yesterday.

“It’s one of those days in my lifetime where I’ll never forget where I was or what I was doing, at the time I heard about it,” said North Bay Police Service Chief Scott Tod.

“But also, the effects that happened in policing shortly there after. I was with the Ontario Provincial Police at the time, and it was the response by the provincial police to support the New York State Troopers and the New York City Police Department.”

North Bay Fire Chief Jason Whiteley said he had just gotten off a night shift, when he heard about the news.

“It’s still engrained in my head, the look on those fire fighters faces. What they were going into, they knew it was a death trap, they must have,” said Whiteley.

In attendance at Saturday’s memorial was Inspector Jeff Warner from the North Bay Police Service who went to the scene of 9/11 just a few months after the attacks.

“When we got down there, the actual sight had been mainly cleaned up of debris but there was still twisted metal everywhere, the adjacent buildings were still draped in black cloth.”

“What impressed me the most was just the look of determination of the people that were there cleaning the sight. There was just a look on the people who were walking through their streets at what had happened to their city.”

While an event like 9/11 is unlikely to happen in North Bay, Chief Whiteley said his team is prepared if something does occur.

“We train hard, we’re always trying to be prepared.”

“We can never let our guard down, we saw it this week with the firefighter that was attacked. You know, we have an airport, NORAD base, railways, highway, there’s a lot of key components here so we’re always training and trying to be prepared for any type of incident.”