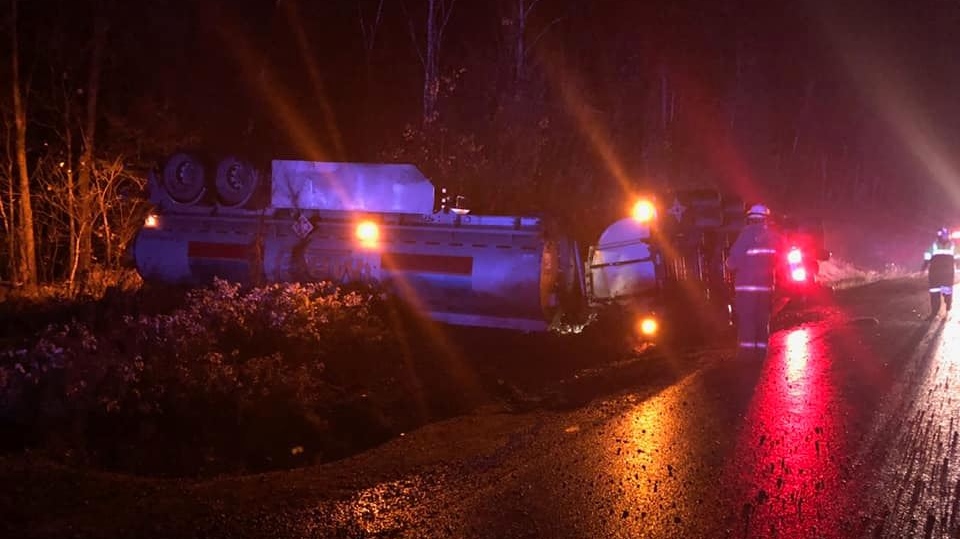 SUDBURY -- Provincial police are investigating after a crash involving a single commercial vehicle on Highway 17 in Bonfield, east of North Bay.

Sgt. Carrie Morgan told CTV News in an email Tuesday morning, officers were dispatched to the scene at 5 a.m. .

The vehicle involved in the crash is a fuel tanker.

Morgan said the tanks are intact and will be emptied before being towed out.

A Facebook post was made by police about the incident around 7 a.m. indicating it happened at Maple Road and no injuries were reported.

The highway is open, but drivers in the area should anticipate delays Tuesday as the scene is cleaned up.

No word on the cause of the crash, but Morgan said charges are pending.

More details to come on this developing story, check back for an update.

#NorthBayOPP is investigating a single vehicle collision on #Hwy17 at Maple Road in #Bonfield. At this time the highway is open but expect delays during the day for clean up. No injuries reported. ^sc