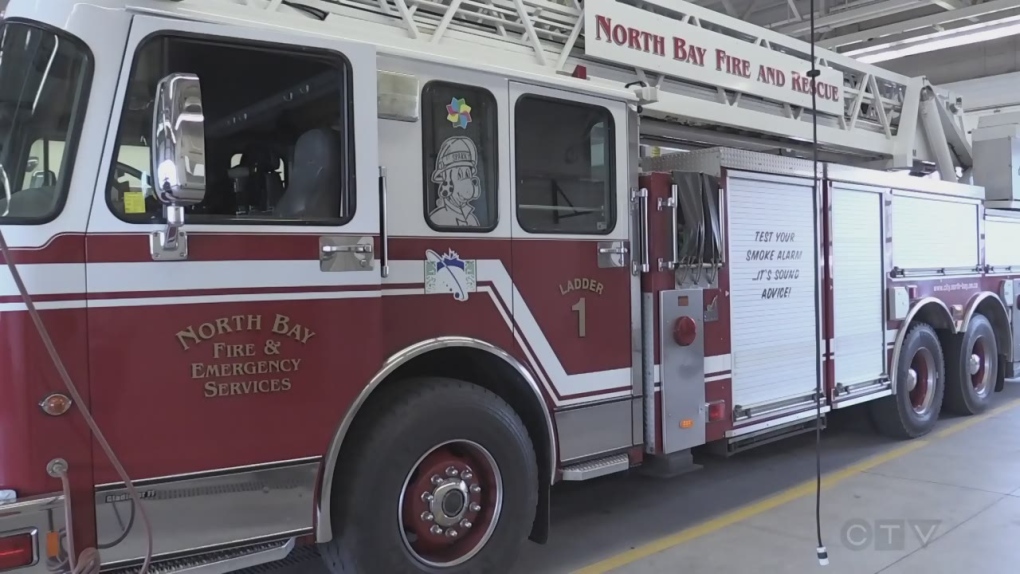 North Bay police say a woman has been arrested after causing destruction at a residential complex and assaulting two people, including a firefighter.

The 35-year-old woman allegedly caused damage to the first and second floor of the building in the 0-100-block of Marshall Avenue and triggered the fire alarm Thursday morning, police said in a news release.

Upon arrival, fire crews did not locate a fire. Instead, the woman is accused of assaulting one of the responding firefighters with an edged weapon and a second person at the building with a piece of debris.

"The firefighter was transported to hospital with serious, but non-life-threatening injuries where he was treated and subsequently discharged. The second victim was treated on-site for minor injuries," police said.

Police have charged the accused with aggravated assault, assault with a weapon, mischief, and false alarm of fire.

The accused is being held in custody pending a bail hearing.

Queen Elizabeth II spent a night in a hospital for checks this week after cancelling an official trip to Northern Ireland on medical advice, Buckingham Palace said Thursday.

Netflix employees who walked out Wednesday in protest of Dave Chappelle's special and its anti-transgender comments were joined by allies who chanted 'Trans lives matter,' getting pushback from counterprotesters who also showed up.

The U.S. House voted Thursday to hold Steve Bannon, a longtime ally and aide to former U.S. president Donald Trump, in contempt of Congress for defying a subpoena from the committee investigating the violent Jan. 6 Capitol insurrection.

As he prepares to launch a new media company that will give him his own social media platform, former U.S. President Donald Trump has ramped up his efforts to rewrite history, spreading more lies about the 2020 election in November and the deadly storming of the Capitol in January.