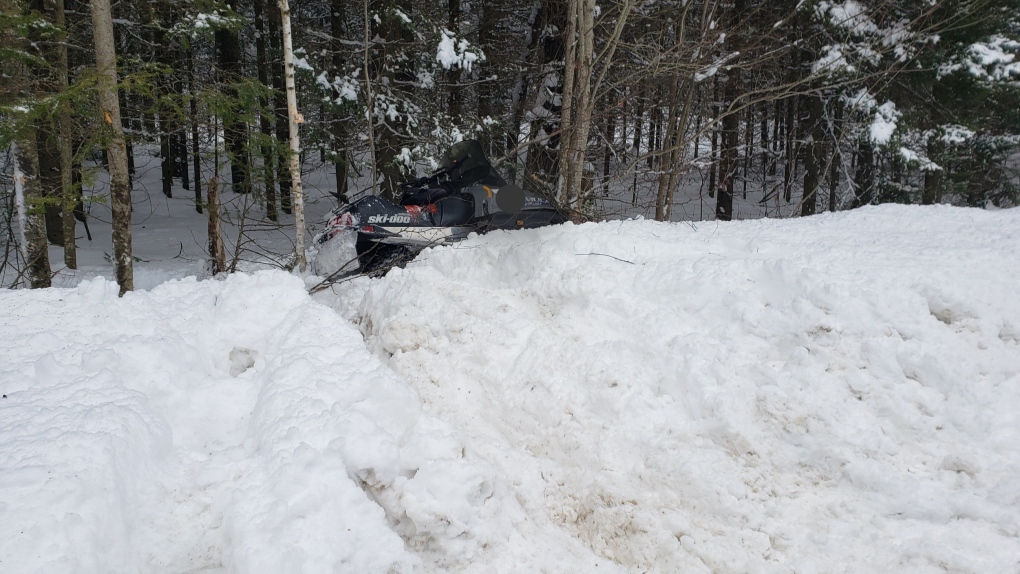 OPP were called to South Shore Road in Bonfield after a snowmobile hit a tree injuring the driver. (Supplied)

Officers were called to investigate a crash involving a snowmobile on South Shore Road in Bonfield around 3:30 a.m. on Sunday.

Police said the driver was brought to hospital with serious injuries after his snowmobile hit a tree.

The man is now facing two charges of impaired driving and allegedly having a blood alcohol concentration of 80 plus.

Police impounded the snowmobile for a week and the accused's driver's license has been suspended for 90 days.

The man was released from police custody and is scheduled to appear in court on March 23.

This marks the 12th impaired driver charged in the North Bay detachment area so far this year.