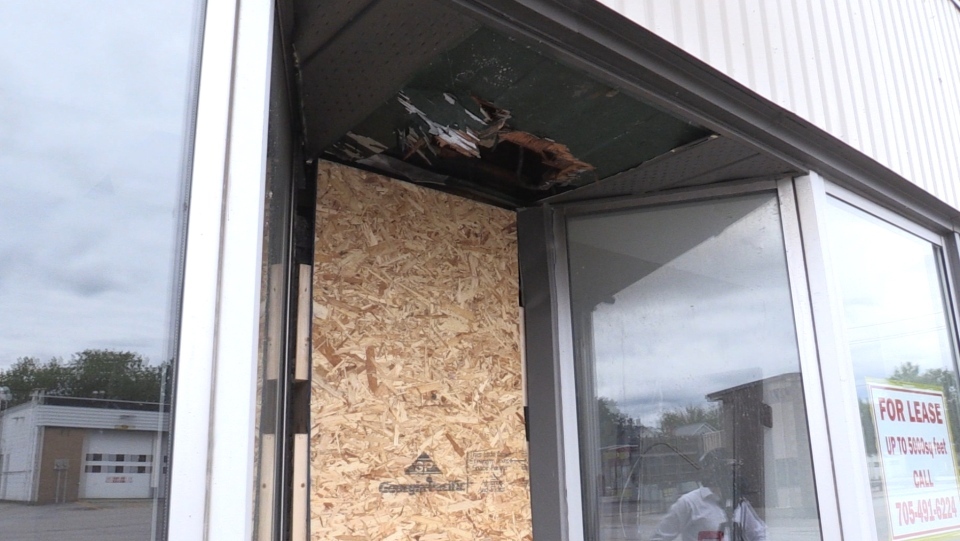 A 50-year-old North Bay man has been charged with arson following the investigation into a fire on Main Street East on July 22. (CTV News file photo)

He was charged following the investigation into a fire on Main Street East on July 22.

Emergency crews responded shortly after midnight to a report of a fire at 333 Main St. East in North Bay. The fire began in a garbage can, which then engulfed the front door of the building. It was extinguished, but it did cause some minor damage.

Arson was suspected and the investigation led to the man's arrest July 30. The accused remains in custody pending a bail hearing.

“There is an excellent working relationship between our police and the North Bay Fire and Emergency Services in keeping our community safe," North Bay Police Chief Scott Tod said in a news release. "(Their) prompt response contained a dangerous situation and our officers conducted a thorough investigation resulting in an arrest. I also encourage the public to work with and support police as we remain committed in preventing and investigating crimes to keep our community safe.”