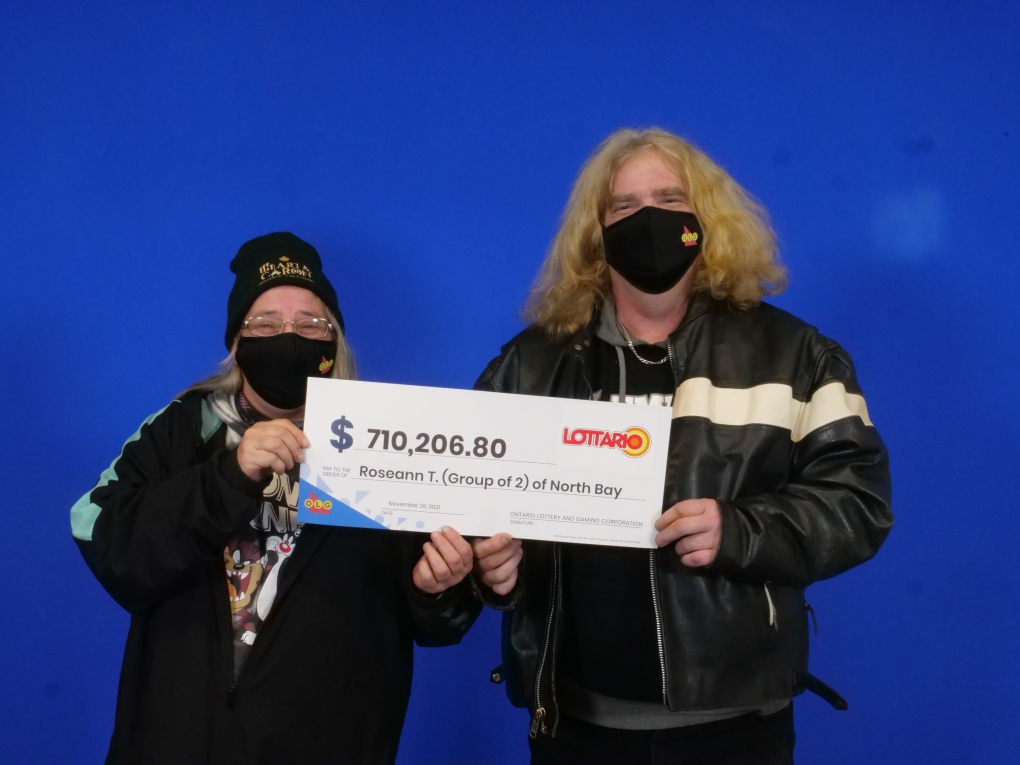 The holiday season is expected to be a lot brighter for two people from North Bay after a huge OLG win  from the Nov. 20 draw.

In addition to the windfall, Roseann and Trevor also won $4 on another Lottario play. The long time friends for 30 years, both said they have been regular lottery players for decades.

Roseann said she checked her ticket at home when she discovered the big win.

"Trevor didn't believe me until he came over and checked the numbers again," she said.

"Roseann ran out the door to the store in her pajamas."

She said she ran into her boss while at the store.

"He casually asked me if I won the lottery and I said yes,” then he said, “see you on Monday,” and I said, “nope.”

Trevor said he plans on sharing some of his portion with his kids. “We’ll celebrate with a nice dinner.”