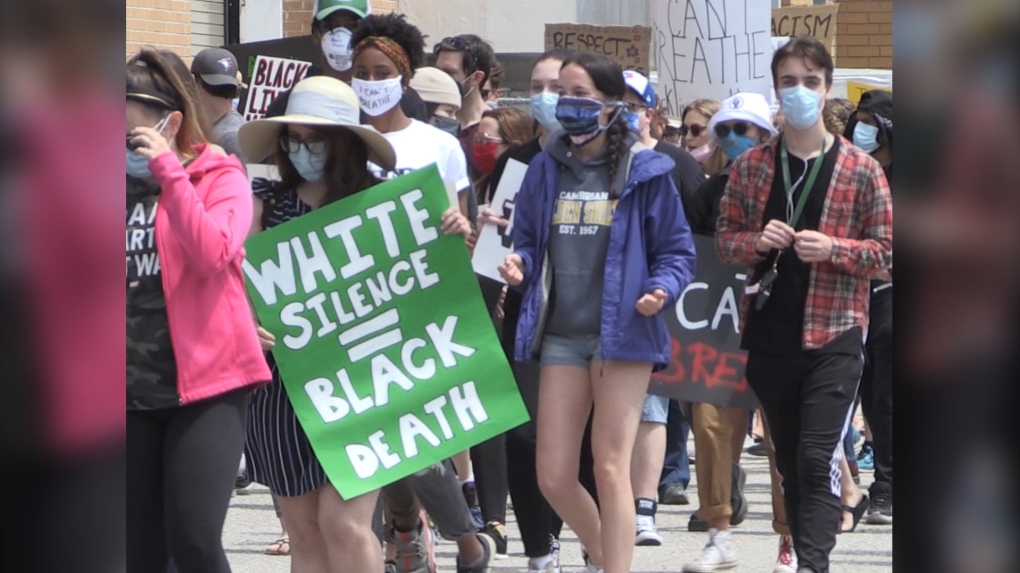 The organizers said they are overwhelmed by the turn out and that they never expected to see such a large and diverse group. June 6/2020 (Lori-Anne Little/CTV News Northern Ontario)

NORTH BAY -- Protestors in North Bay say they took a stand on Saturday to show that Black Lives Matter to the community.

Over a thousand protesters marched down Ferguson Street in North Bay, waving signs, chanting in chorus the name of George Floyd, a black man who’s death has sparked outrage globally and reignited the Black Lives Matter movement during the pandemic.

Deven Doodnath, one of the many protestors that showed up to the event, said the turn out to the event, "shows that the community here really cares, about the black community - the person of colour community."

He added that seeing this "makes [him] feel happy, and that there’s hope in the world that, [the community] can make a difference, we can make a change."

The protest organizers, high school students Kaiden Peljack and Kile George, said that the point of the event was to spread a message of peace and equality.

The teens say they were overwhelmed by the turn-out and that they never expected to see such a large and diverse group. 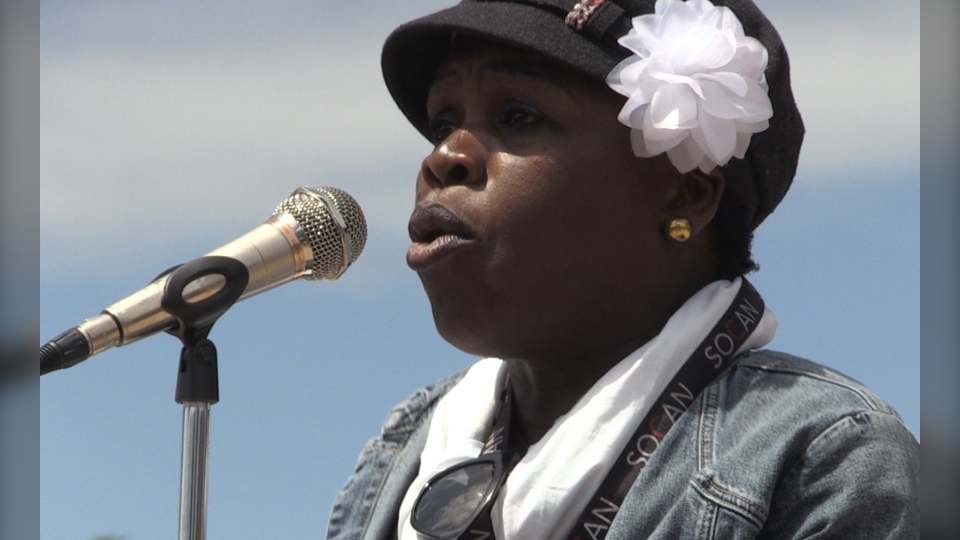 George said the idea to host a protest in North Bay was inspired by the struggles her and her counterpart have faced, being people of colour in a predominantly white city.

"When we saw the protests happening down south - we immediately jumped at the chance to raise awareness around North Bay because although a lot of people around here don’t really see a lot of police brutality and racism - it still exists," said George.

Peljack said seeing the riots in the States hit close to him for him and he added, "The past 17 years of being a black man has led to a lot of anger and a lot of discomfort in the system that I have to live in, so it’s not just about George Floyd, it’s about the fact that after 400 years of fighting for equality stuff like the events of George Floyd ... are still happening.”

The march took place from 1 p.m. to 3 p.m. and concluded with words from the organizers as well as some live-music.