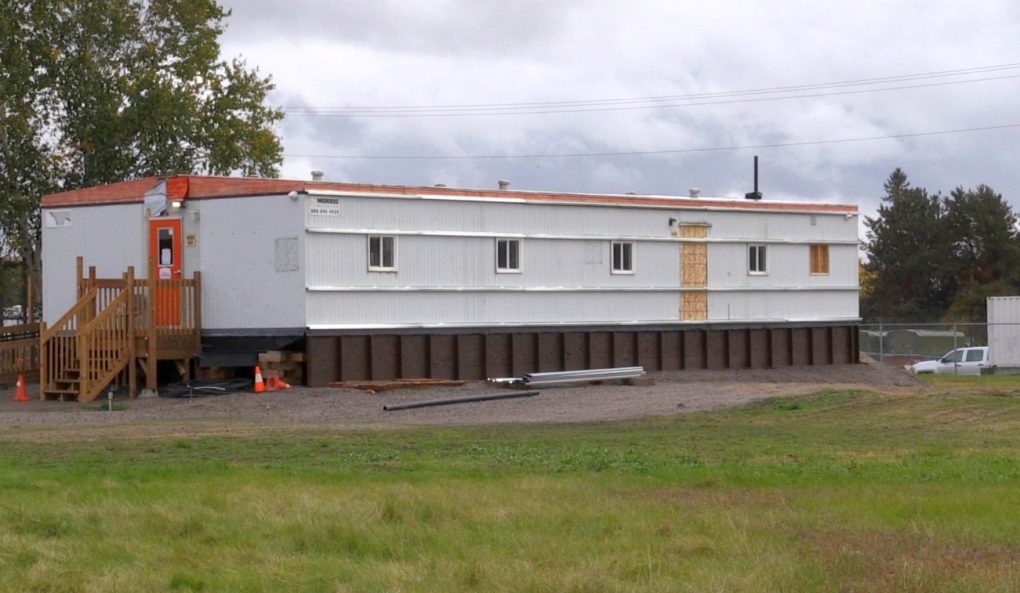 A 10-bed portable structure will be operational as of Friday at the shelter’s current location on Chippewa Street in North Bay. (Eric Taschner/CTV News)

NORTH BAY -- North Bay's homeless shelter will be doubling in size by the end of the week.

A 10-bed portable structure will be operational as of Friday at the shelter’s current location on Chippewa Street.

“We recognized the problem quite a while ago,” said King, addressing the current homeless situation in the city. “In order to facilitate the extra room, this plan was in the works for some time.”

Since the summer months, the shelter consisted of one 12-bed portable at the site.

The shelter has moved to different locations around the city several times since last winter. It started at the former Good2Go location on Main Street East. Then it moved to the North Bay YMCA on Chippewa Street and then to the Pete Palangio Arena before arriving on Chippewa Street.

Homeless advocate Shane Moyer, who has been putting pressure on city officials to find more services for the city's most vulnerable, welcomed the news.

"I think it's going to make a big difference,” Moyer told CTV News on Wednesday morning. “Especially for those who want to go through transitional housing."

Until Tuesday evening, Moyer had been sleeping in a tent city at North Bay city hall. He was evicted from his apartment last week.

The tent city was dismantled Tuesday by the city bylaw’s officer, Ron Melnyk.

The portable will have a washroom facility inside. King is hopeful the new portable will reduce some of the problems he has being seen in the city, including recent protests and the tent city at city hall.

He said the next step is to wrap up refurbishing the old Ontario Provincial Police headquarters, which will be used for transitional housing. King said that facility will be up and running before the Christmas holidays.

While Moyer welcomes this latest development, he said more work needs to get done to get more homeless off the street and into a safe place.

“People are now seeing what’s going on in North Bay,” said Moyer. “We are working on starting a new self-help program to help the homeless. We find that a lot of them need a self-help program.”