North Bay football field to be dedicated to a local legend

North Bay football field to be dedicated to a local legend 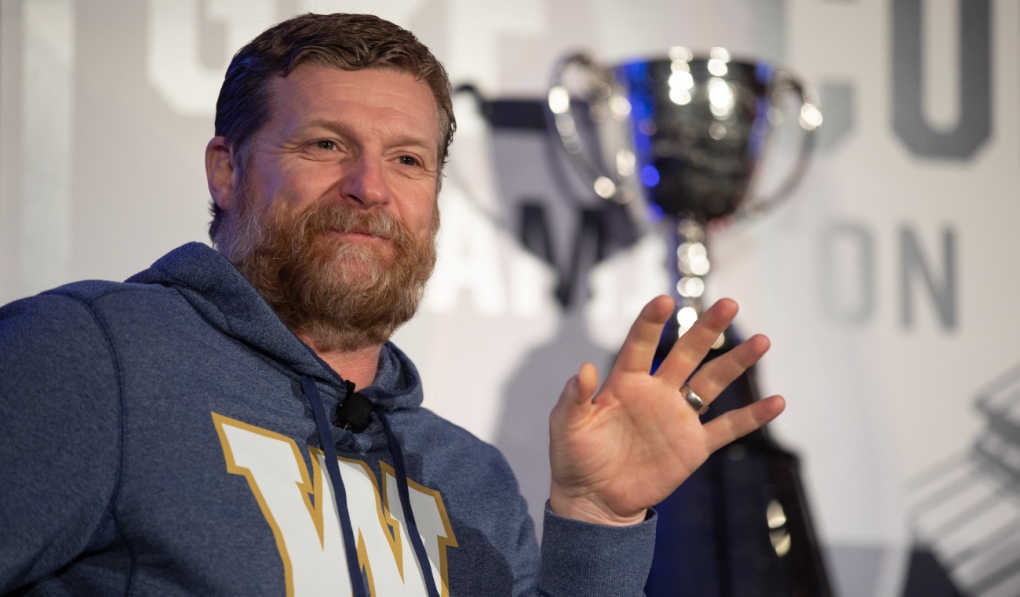 North Bay will honour one of its favourite sons, Mike O’Shea, on Aug. 13. O’Shea is head coach of the Winnipeg Blue Bombers and a Canadian Football Hall of Famer. (File)

North Bay will honour one of its favourite sons, Mike O’Shea, on Aug. 13.

O’Shea is head coach of the Winnipeg Blue Bombers and a Canadian Football Hall of Famer.

The city will officially dedicate the football field at Steve Omischl Sports Field Complex on Lakeshore Drive in honour of O’Shea, in recognition of his successful career as a player and coach.

The ceremony will take place at 2 p.m. Saturday and everyone is invited to attend and meet O’Shea, who will also be signing autographs following the ceremony.

He is one of only three players to record more than 1,000 tackles and was the recipient of CFL's Most Outstanding Canadian Award in 1999 after that included three interceptions, 13 special teams tackles and 84 tackles. O’Shea was inducted into the Canadian Football Hall of Fame in 2017.

"It's really hard in such a great team sport to accept these individual awards, so I think of everyone who helped me get here and thank them," O'Shea said of his hall of fame induction.

As a coach, O’Shea was hired in 2010 by the Toronto Argonauts as their special teams coordinator. He spent three years in this role and won his first Grey Cup as a coach in his final year at the 100th Grey Cup in 2013.

O’Shea remains on contract with the Blue Bombers through the 2022 CFL season.

This story has been updated to correct Winnipag's 2021 season record.

Ontario woman sexually assaulted by Jacob Hoggard says she is suing him for $2.8M

The Ottawa woman who former Hedley frontman Jacob Hoggard is convicted of sexually assaulting says she is now suing him for $2.8 million.

Videos of protests in Iran leak despite internet bans

Videos of revolts and unrest started to flood the internet when Iranian protestors flocked to the streets in response to the death in custody of Mahsa Amini, a 22-year-old woman allegedly detained for wearing her hijab improperly.

This DIY air purifier costs far less than a HEPA purifier, and studies say it works

This fall, teachers and parents have been sharing photos on social media of do-it-yourself air purifiers that they’ve made for classrooms to help protect kids from COVID-19 — and according to researchers, these low-cost purifiers actually work.

Hockey Quebec says it has lost confidence in Hockey Canada and will not transfer funds to the national organization, while Tim Hortons and Scotiabank have extended sponsorship boycotts.

Nearly all Conservative members of Parliament voted for a bill they say would protect the conscience rights of health professionals when it comes to medical assistance in dying.

North Korea launched two short-range ballistic missiles toward its eastern waters Thursday after the United States redeployed an aircraft carrier near the Korean Peninsula in response to Pyongyang's previous launch of a nuclear-capable missile over Japan.

In the first footage of its kind, scientists captured the moment a pod of orcas hunted great white sharks in South Africa.

A Texas death row inmate whose case redefined the role of spiritual advisers in death chambers nationwide was executed Wednesday, despite the efforts of a district attorney to stop his lethal injection.

The Colorado baker who won a partial Supreme Court victory after refusing on religious grounds to make a gay couple's wedding cake a decade ago is challenging a separate ruling he violated the state's anti-discrimination law by refusing to make a cake celebrating a gender transition.