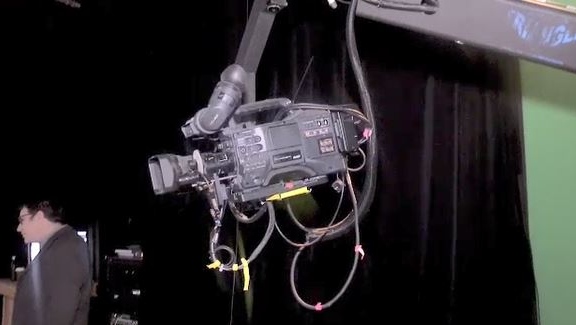 NORTH BAY -- Two film industry companies have just opened up shop in North Bay as the business in the city continues to grow.

Rolling Thunder House of SPFX and 17 Film Production Support have relocated their businesses from Toronto to North Bay after spending time here working on the series “Carter” in the spring and summer.

Owners Bridgette Brown and Skyler Wilson saw an opportunity to fill some gaps in northern Ontario’s film industry.  Brown, who owns 17 Film Production Support, says once she started talking to crewmembers who were working in North Bay,  she realized there are more productions going on than can be staffed properly.

“I think North Bay locally can only provide two full crews,” says Brown. “So that’s a lot of holes and job opportunities.”

Wilson, who owns Rolling Thunder House of SPFX, says they’re meeting with Canadore Collegein the coming weeks to try and set up a partnership to attract students.

“We want to train local,” he says. “We need to get these film students at Canadore over here and start moving them forward in their career.”

The pair are putting on a campaign called, “100 Crew in 2020 to North Bay,” to entice more people from Toronto to relocate here to fill the many crew roles available.

“The productions will come here,” Wilson says. “They’re going to love it. Producers, Production Managers, are all going to come up here and it’s a totally different vibe and it’s going to grow for many years.”

The official launch of both businesses is on Sunday but they’ve already been getting people stopping by, inquiring about positions.

The city’s mayor, Al McDonald, says when businesses like these are announced, it gives the city confidence to keep growing the local film industry. He is predicting another year of enormous growth.

“It’s a success story here in the city. We had over a dozen film productions in 2019,” he says.

“We haven’t seen the numbers yet but we expect to have the highest economic spinoff in the history of the city with the films we’ve had and the TV series.”

McDonald also says the films have created a lot of job opportunities, not only for Canadore students but for people wanting to relocate to the city.