No lineups as Costco gas station opens in Sudbury

No lineups as Costco gas station opens in Sudbury

The much-anticipated new Costco gas station on the Kingsway in Sudbury has opened and despite being $0.09 to $0.26 per litre less than nearby stations, there were no big lineups Friday morning.

CTV News videojournalist Amanda Hicks said it was "pretty quiet" Friday morning with no lineups at the 24 pumps. 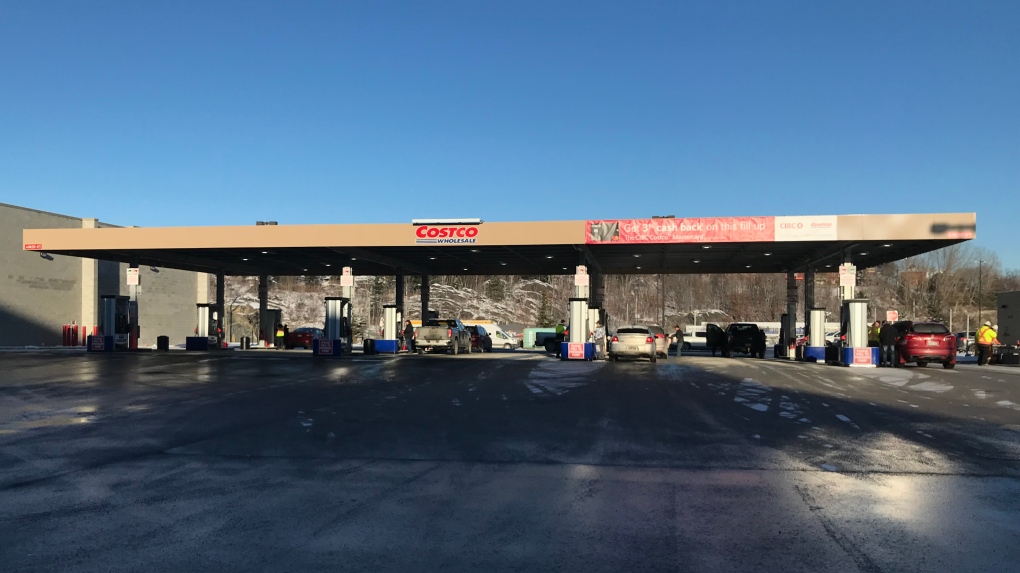 This was also the case Thursday afternoon when Pure Country Sudbury morning radio show host Bryan Cooper was there as it opened for the first time.

Gas at the Costco gas station is $1.399 per litre for regular while the price at other stations on the Kingsway is $1.48, but you need a valid Costco membership card to make a purchase.

The biggest price difference is in the cost of the premium gas, currently at $1.519. As of Friday morning, other gas stations on the Kingsway are selling premium gas between $1.77 and $1.83.

When using the Costco credit card, members can earn three per cent cash back on all gas purchases, which amounts to four cents off per litre of regular, making the net cost $1.35 per litre – a savings of $0.13 per litre when compared to other nearby stations.

Gasoline is not included in the executive membership's two per cent cash back program.

The gas station opens at 6:30 a.m. seven days a week but closes at different times depending on the day.

Gas is an item excluded from the Costco executive membership's two per cent cash back.