No charges in fatal collision that killed Timmins man in September 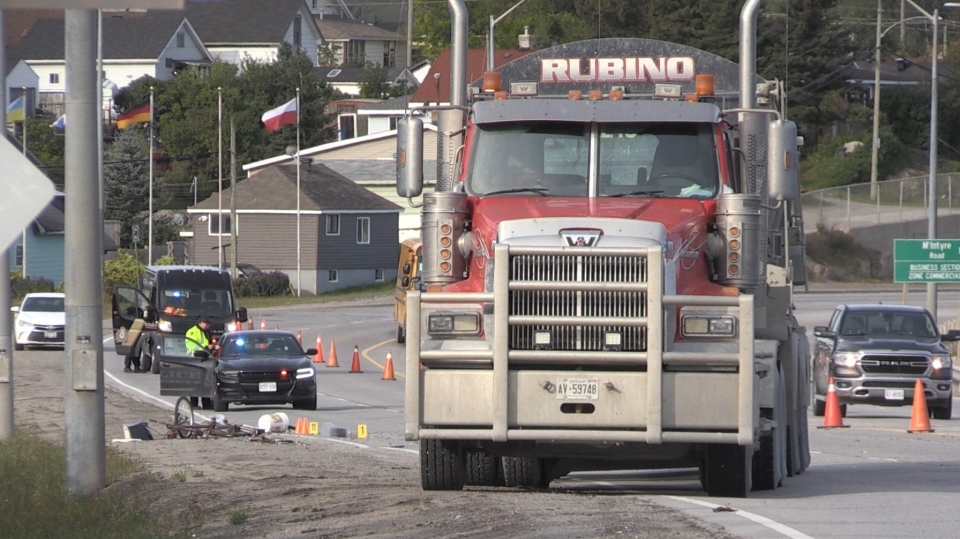 No charges will be laid in connection with a fatal collision in Timmins on Sept. 8 that killed a 59-year-old man who was walking his bicycle along Highway 101. (File)

SUDBURY -- No charges will be laid in connection with a fatal collision in Timmins on Sept. 8 that killed a 59-year-old man who was walking his bicycle along Highway 101.

In a news release Tuesday, the Timmins Police Service said it has completed its investigation into the incident, which took place at the top of Rae Hill.

A commercial motor vehicle (CMV) collided with Robert Morin, who died as a result. Police said the victim wasn't technically a cyclist because he was walking his bike, an important "legal distinction."

"A comprehensive investigation was undertaken and completed by the Timmins Police Service that has concluded with no charges being laid against the operator of the CMV," police said in the release.

"The vehicle involved was subjected to a thorough mechanical inspection and no notable defects that could have contributed to the collision were discovered."

Police had "significant consultation" with the Crown attorney’s office before the decision was made.

"The Timmins Police Service has informed the surviving members of the Morin family of their investigative findings, which serve as the foundation for the conclusions reached in regards to this matter," the release said.

"The Timmins Police deem this investigation complete and this matter is closed."