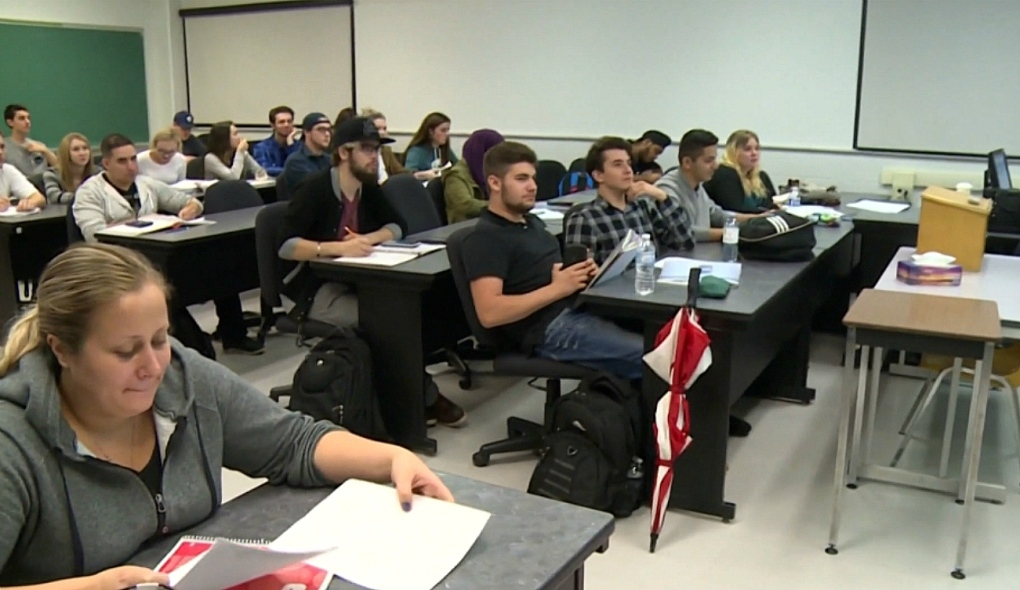 As college and university students prepare to hit the books once again, the provincial NDP are calling on the Doug Ford government to give students financial help. (File)

NORTH BAY -- As college and university students prepare to hit the books once again, the provincial NDP are calling on the Doug Ford government to give students financial help.

The NDP is lobbying for a tuition relief fund to help struggling students, and the Nipissing University Student Union is fully on board.

"We've seen the cuts to OSAP and also the reduction of the grace period for students," said NUSU president Hannah Mackie. "Financial hardship is something that a lot of students are experiencing.”

NDP MPP Chris Glover is asking the province to stop cutting the Canadian Emergency Student Benefit from the OSAP support system, and instead give a $1,000 relief fund for all full-time students across Ontario, and $500 for part-time students.

"It's to help students through the pandemic and to show them that the government is listening to them," said Glover in a Skype interview with CTV News. "The government has been silent on it and they haven’t offered any pandemic relief for students.”

Glover said Ontario students pay some of the highest tuition fees in the country, with an average debt load of $28,000. A 30 per cent cut to OSAP in 2019 was just the beginning.

"Ontario has the highest student debt levels and the lowest per student funding in the country and then there was this other $700 million OSAP cut," said Glover. "All we’re asking, right now, is reverse the OSAP cut for one year.”

The student union says during the pandemic, it has heard from students that part-time and summer job opportunities have dwindled, meaning less money in the pocket to pay for school.

Students in Northern Ontario have been particularly vocal in favour of this move.

"It would be absolutely major," said Mackie. "I think what’s important though, is that it’s done in the right way. Up in the north, we’re a little bit different than our university counterparts.”

Mackie said Nipissing has been supportive of student concerns and has been looking at ways to help struggling students get the education they need.

The NDP held a town hall meeting on the issue, where students expressed their concerns surrounding student fees in the wake of the COVID-19 pandemic.

"I'm hoping they will do it and I’m hoping this is the start of actually making our colleges and universities affordable for all students across the province," said Glover.

CTV News reached out to administrators of several post-secondary schools around Northern Ontario. No one was made available for a comment on a potential tuition relief.