With less than three weeks until the federal election, local campaigns are underway.

CTV News is bringing you local coverage of each riding, the main party candidates seeking election, as well as their policies and platforms.

The first riding we are highlighting is Nipissing-Timiskaming. It’s a riding that generally votes for the Liberal Party.

Anthony Rota is the Liberal incumbent. He is the most recent Speaker of the House of Commons and is seeking re-election for a sixth term.

“Even through the pandemic, we’ve worked hard to make sure that the economy didn’t go through the floor. We kept people afloat and businesses going,” said Rota.

He said voters in this riding care about what he calls a green economy.

“It’s making sure we are saving the climate and making sure climate change is stopped and at the same time developing new technologies and creating more jobs,” Rota said.

The Liberals are promising to work with every province to bring $10 a day child care to support working parents and said it will create new good-paying, middle-class jobs.

Rota has steep competition this time around. Steven Trahan, East Ferris deputy mayor and North Bay police officer of 21 years, is the Conservative candidate. He’s hoping to flip the riding blue for only the second time. Voters are telling him Internet access needs improvement and there’s a lack of natural gas expansion. 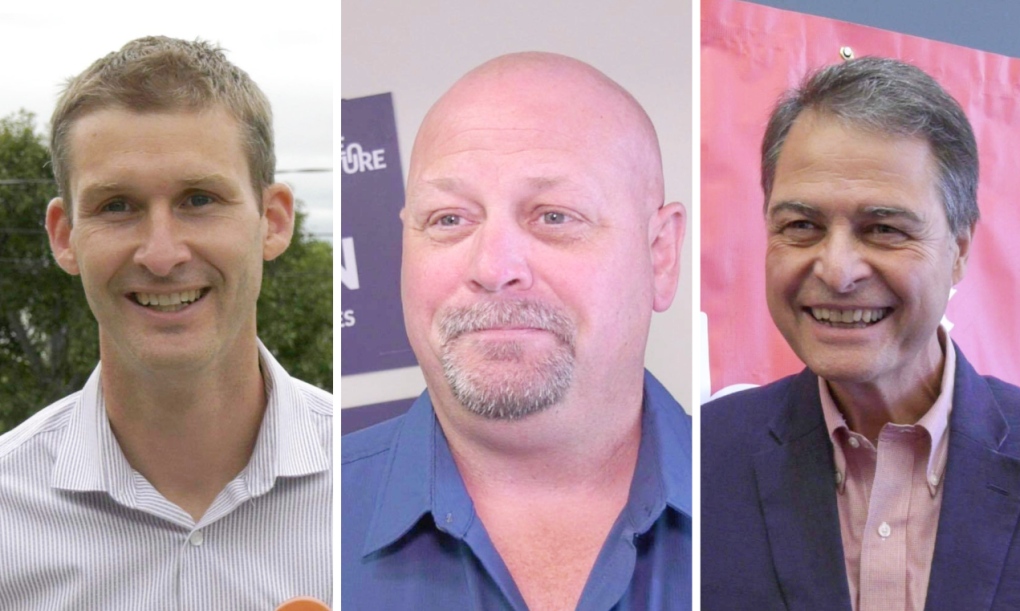 CTV News is bringing you local coverage of each riding in northeastern Ontario, the main party candidates seeking election, as well as their policies and platforms. (Eric Taschner/CTV News)

“We just came back from New Liskeard, Latchford, and the Haileybury area,” Trahan said. “Everybody has put their applications in and checkmarks in their boxes. Not one natural gas project is going to be allocated in our district. That’s a huge issue regarding heating in the wintertime.”

The Conservatives have outlined ‘Canada’s Recovery Plan,’ aimed at creating jobs and growing the country out of the pandemic. The Conservatives also promise greater access to mental healthcare for those who need it.

“We’re hearing about the adult children who cannot afford the housing market,” said Robertson “The No. 1 issue is the issue of supply. The NDP is proposing a massive public investment in affordable housing builds -- 500,000 units across the country.”

Robertson said voters are also concerned about prescription drug costs. He said the NDP is “fully focused” on universal pharmacare.

There is no Green Party candidate on the ballot in the riding. Meanwhile, the People’s Party of Canada has chosen former Toronto Fire Service firefighter Greg Galante as their candidate. Galante is championing against vaccine passports, for the Charter of Rights and Freedoms, national defence and public safety.

All three major parties said they have a clear chance at winning the seat.

“I’m very optimistic,” said Trahan. “Listening to the people of the streets, they know of me. I’m committed to the district.”

Rota said voters need to "carefully" do their research into the parties and candidates before voting.

“They need to send the best person they believe they have here in Nipissing-Timiskaming to Ottawa,” said Rota.

The New Democrats have never won the riding before. Robertson said he strongly believes he has a chance to be the first.

Just more than 74,000 people are eligible to vote in the Nipissing-Temiskaming riding. In the last federal election, there was a turnout of about 60 per cent.

Voters head to the polls Sept. 20.