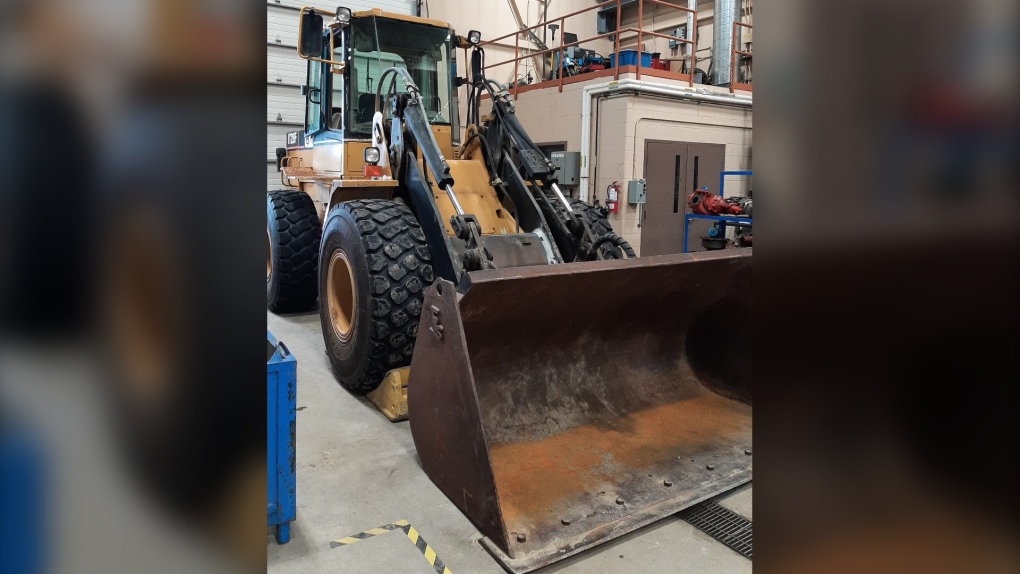 Newmont Porcupine donated this front loader to Collège Boréal. It is used by students in heavy equipment programs to apply knowledge they acquired in the classroom. (Supplied)

SUDBURY -- Newmont Porcupine has donated $50,000 to the Collège Boréal Foundation, bringing the total donated to Boréal by the Timmins mining firm since 2009 to $311,000.

“Over the past 12 years, Newmont Porcupine’s generosity has allowed Collège Boréal’s Timmins campus to purchase equipment for locally delivered programs, to recycle and reuse Newmont’s retired equipment for training purposes and to improve the College’s facilities in Timmins,” Mélanie Dufresne, director of the Timmins campus, said in a news release Monday.

“With Newmont’s support, we upgraded the equipment in the kitchen and cafeteria, including a complete kitchen renovation in 2018.”

“Newmont Porcupine and its employees are proud to contribute to the quality of the programming offered by Collège Boréal at their Timmins campus," Patrick Chabot, GM of Newmont Porcupine, said in the release.

"This $50,000 donation is our way of supporting excellence in training as illustrated by Collège Boréal. We know this to be true, because in the past five years, we have hired more than 25 Boréal graduates.”

Established in 1995, Collège Boréal is a French-language post-secondary training and learning institution dedicated to the development and growth of communities throughout Ontario.

Collège Boréal offers programs and services in seven campuses and 38 sites located in 26 communities throughout the province.

According to the Key Performance Indicators recognized by the Ministry of Training, Colleges and Universities, Collège Boréal holds the top rank in two of the five areas surveyed: graduation rate, and, for a fourth consecutive year, student satisfaction.