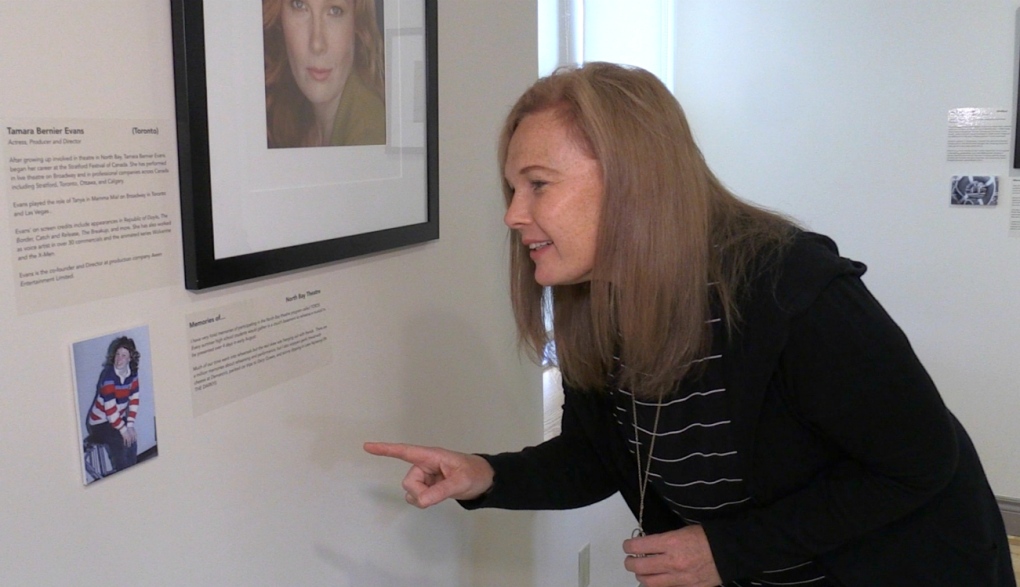 A new exhibit opening Friday at the North Bay Museum called "Where Are They Now?" highlights the successes of former residents who have gone on to achieve big things.

SUDBURY -- A new exhibit opening Friday at the North Bay Museum called "Where Are They Now?" highlights the successes of former residents who have gone on to achieve big things.

This exhibit features photos and biographies highlighting people from North Bay who gained success, but didn't forget their roots.

Heather Stuart is a proud mother, seeing her daughter Katie on the wall in the exhibit.

"She went from engineering into medicine. So, she didn't give up after she didn't make it the first time," said Stuart. "Persevere to get what you want."

A lover of the outdoors, Katie once trekked the 3,500 kilometre Appalachian Trail in the U.S.

She earned her medical degree in Northern Ontario and worked at serval hospitals across Canada. She now lives in New Zealand where she works as a hospital emergency room doctor.

"She always had loved travelling, even as a small child," said Stuart. "She used to have a children's atlas and she would plan out where she'd go around the world."

Katie is one of 11 people who were selected by a panel of judges to be part of the exhibit. It's aimed at highlighting talented people from North Bay who have left the city for bigger and better things, who have had a lot of success in life and who have made a difference in the world.

Exhibit preparations began last November. There were dozens of applications filed to be in the exhibit. Those not selected made the exhibit's honour role.

"For young people, we hope they will look at all of these people and take inspiration," said exhibit curator Pat Moulson. "They can come from a small city like North Bay and it's relatively isolated and says 'Look what I can do.'"

Actress, producer and director Tamara Bernier Evans grew up on the stage. She is part of the exhibit.

Her career has spanned plays in Toronto and Las Vegas, film and TV appearances, as well as being a voice over artist.

"I feel really pleased to have grown up in this community," she said. "Both my high school drama program, run by Rick Blair, and the summer theatre, played huge roles in my life. North Bay is just full of opportunities."

The exhibit will be up until Christmas time. Going forward, Moulson hopes the City of North Bay will create a brochure to honour former North Bayites who have moved on to tremendous success in their lives.