New disposal boxes hope to get needles off Timmins streets 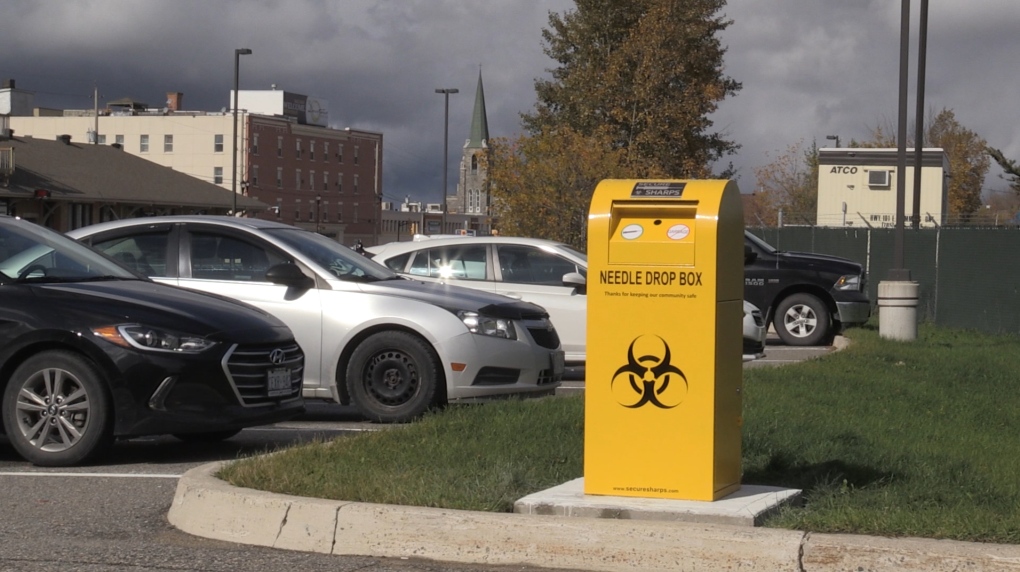 The new containers are located in Schumacher, South Porcupine and by the Timmins Transit terminal.

"Just as garbage boxes that are installed where people are finding more garbage in the city would help people in using those garbage cans, we are hoping that these sharps containers will be used in the same way," said the Porcupine Health Unit's harm reduction coordinator Mary France Caron-Bruneau.

The new containers make a total of seven around the city, including one managed by the Living Space shelter.

The locations for the new bins were decided based on compiled reports of discarded sharps around the city, Caron Bruneau said, mapped out to identify the most highly-reported areas.

The boxes can hold up to 4,000 needles she said, depending on whether they are disposed of individually or in containers and they often fill up monthly, which bodes well for the potential benefit having additional disposal bins presents.

There is also the ability to move the boxes to different locations as the health unit identifies more highly-reported areas. It did that with a box that used to be located by an overpass near Spruce Street North and Algonquin Boulevard East, moving it to a nearby alley.

In conjunction with outreach efforts from the health unit and Living Space volunteers, Caron-Bruneau said it's all in an effort to address continued community concerns over the number of needles spotted on city streets, alleys and parks.

Angel Iahtail is a resident that noticed a newly-installed disposal box near the post office in South Porcupine. Walking with her seven-year-old daughter, Mary-May, Iahtail thinks it provides a positive message to her child and a reminder to the community to keep the streets clean.

"If you are using (needles), respect yourself to put it away and put it away good," Iahtail said. "I think the city is doing good, it helps me to know better too. At least our town and our community is trying."

The new bin in Schumacher is located by a transit stop near Father Costello Drive and Vipond Road.

Cassandra Garceau told CTV news as she passed by walking her dog improperly-discarded needles have been an issue in her area, particularly at nearby parks.

"I hope it would help because the last thing we need, especially at this time, is someone catching a contagious disease just because someone left a used needle around," said Garceau.

One woman walking by the Timmins Library's main branch, who asked not to be named, said she uses hard drugs and feels the newly-installed needle disposal bin there would be put to good use, but it wouldn't discourage her habit.

'You gotta stop being lazy'

For Iahtail, the best appeal to people who tend to discard needles on the street is to think about others, especially children, who could be injured by a stray sharp. She said it comes down to common courtesy and taking the extra step to care for the environment.

"It's not going to be hard to just throw it in (the bin), it's the same thing. If you can throw it away, throw it properly," Iahtail said, daughter Mary-May mimicking her pointing at the disposal box. "You gotta stop being lazy because she's the one who's going to be walking down the street."

The Porcupine Health Unit's goal is to install more sharps disposal boxes in other municipalities within the district.

That will depend on funding in the coming years Caron-Bruneau said, since this year's budget was allocated for the three in Timmins. But she notes that the boxes are working, so the more each town or city has, the cleaner the streets can be.

"If we can have a sharps kiosk at every laneway or every area that's a little bit more secluded, where people may be using, that would be ideal," Caron-Bruneau said. "We are hoping that this will make a difference."