NORTH BAY -- For some drivers, crossing the Ontario-Quebec border hasn’t slowed down at all, but those not driving a transport truck should be prepared for some delays.

“We’re basically asking questions of people coming into Ontario and seeing what the reason for their travel is,” said Sgt. Carlo Berardi with the Ontario Provincial Police.

Although not disclosing how many officers will be placed at the checkpoints, officers will be stationed at border crossings on Highway 63 near Temiscaming. Que., Highway 65 outside New Liskeard, Highway 66 outside Kirkland Lake and Highway 101 east of Matheson.

“The OPP is doing its part to support the Ontario government during the health emergency declaration to limit transmission of COVID-19,” said Berardi. “The public should be aware that there are consequences for people that do not follow the rules that are in place and that they could be charged.”

There are some exceptions to crossing the border, including work, healthcare matters, Indigenous treaty rights, child care or custody matters, transportation of goods and those travelling through Ontario to another location.

“If the reason falls under one of the exceptions provided by the government, they will be allowed through. If not, they will be refused entry,” said Berardi.

Although the new rule poses some challenges, officials in Temiscaming said reviews are mixed so far, but the precautions are welcome. 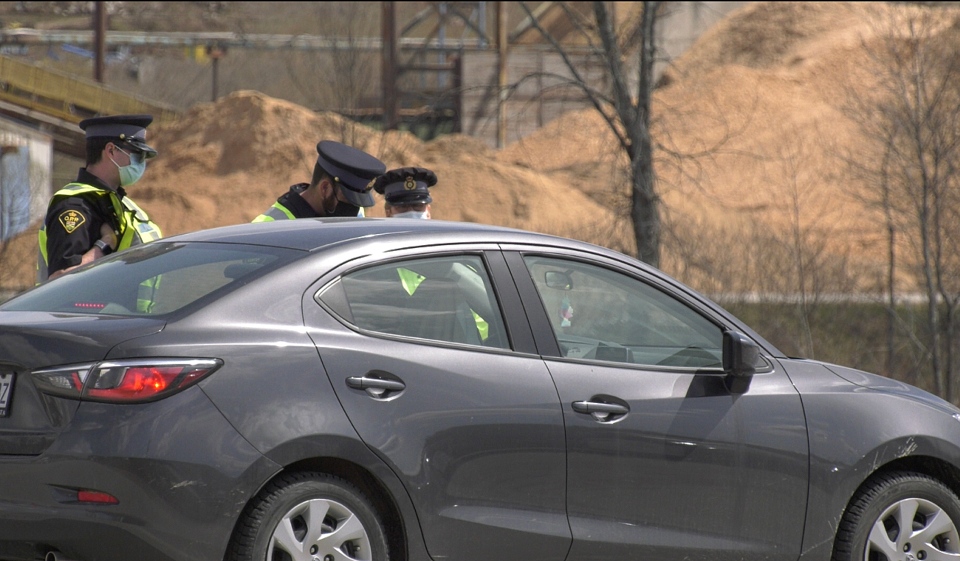 “Some people are happy because they were concerned about seeing people from Ontario here with the situation seems to be worse in Ontario,” said Temiscaming Mayor Yves Ouellet. “Others are, well, some people are used to going to North Bay for some services so it creates a little bit of a problem.”

Ouellet added that for medical situations, Quebec residents will still be able to cross the border.

Overall, he supports the new safety measures, adding that residents in his area have done a good job following all the COVID-19 measures put in place so far.

“The only way we’re going to get out of those measures is if the numbers start to go down because if it keeps on going up, we don’t have a choice,” Ouellet said.

This isn’t the first time that restrictions have been put in place at the Temiscaming border. Last spring police on the Quebec side were making sure trips were essential, as well. However, exceptions were made for the town of Thorne, which is located near the border in Ontario.

“We were able to arrange for the local grocery store in Temiscaming to deliver in Thorne,” said Ouellet. “We have the little town of Thorne in Ontario, just on the other side of the river, so those people are used to come here for groceries and the drug store and things like that, which is a lot closer for them then going to North Bay.”

Right now, Ouellet isn’t sure if that exception will be made with restrictions on both sides of the border, but it is something the town is looking into. 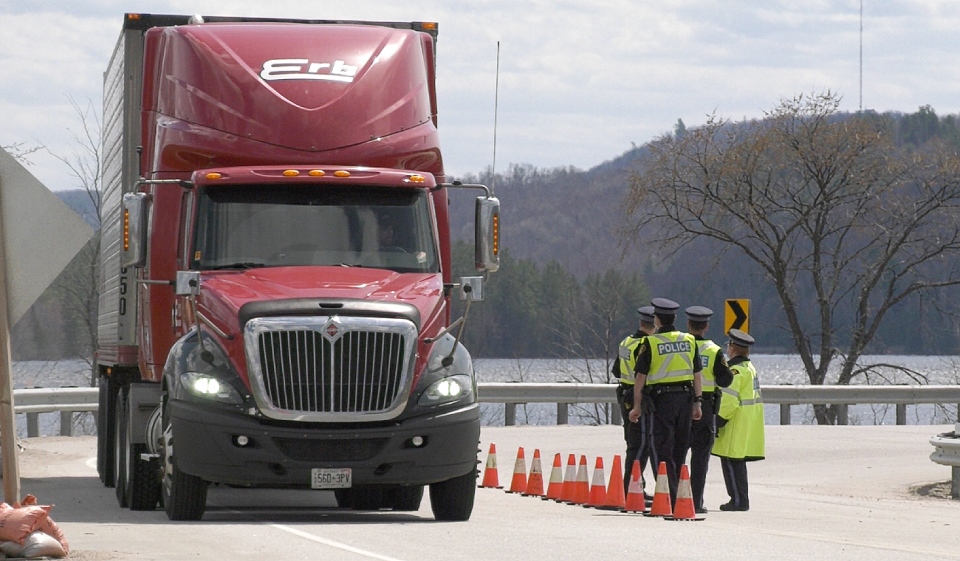 Meanwhile, the North Bay Parry Sound Health Unit released a statement to CTV News in support of the new measures.

“With the third wave of the pandemic hitting Ontario, it is more important than ever to follow these public health measures, to protect ourselves and to protect our loved ones," the statement said. "The health unit continues to strongly recommend not travelling out of the district.”

With new measures in place province-wide, including limited travel between provinces, the OPP are asking people not to call 911 with COVID-related questions or any non-emergencies.

“Our communication centres are being inundated with calls asking about the new COVID restrictions,” said Berardi.

“This is potentially a dangerous situation in that a response to a real emergency could be delayed.”

Anyone with COVID-19 questions should contact their local health unit, he added.