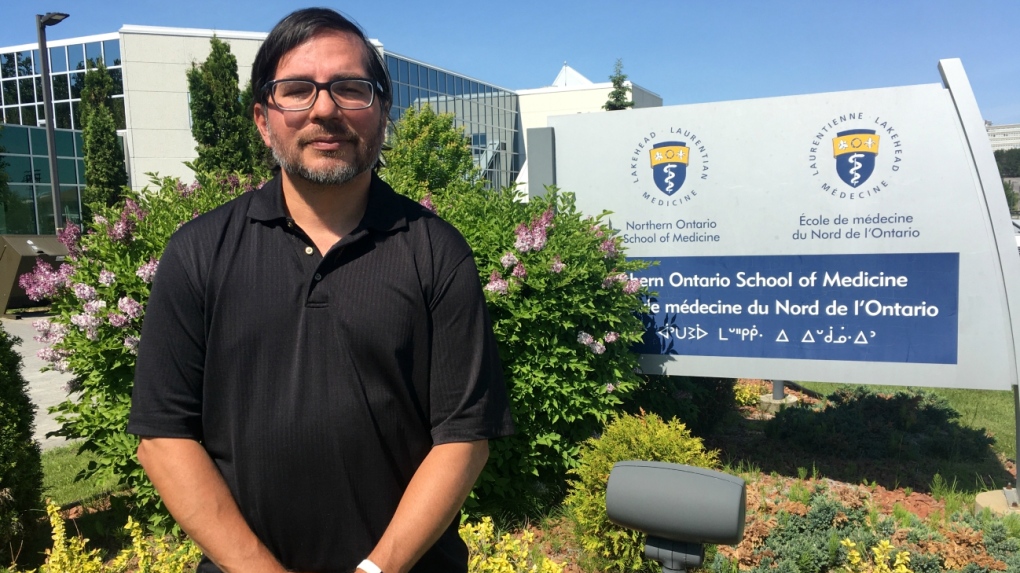 SUDBURY -- The Northern Ontario School of Medicine has appointed Darrel Manitowabi as the Hannah Research Chair in Indigenous Health and Traditional Medicine.

Manitowabi is the first Indigenous person to be named to the post. He said his biggest goal is to nurture public awareness about Indigenous health and healing.

"One of the models of the Hannah Chair Group is we don't know where we are going unless we know where we came from," said Manitowabi. "So with respect to Indigenous health and healing, I think it's very important because in many respects there is a significant lack of understanding."

The post was created in the 1970s by a group called Associated Medical Services, a small Canadian charitable organization that funds the position at seven Canadian medical schools "in the hope of creating enduring cultures of teaching and research in the history of medicine and health care."

The group founded the position at NOSM in 2015, putting the focus squarely on the history of Aboriginal health.

Dr. Sarita Verma, dean of NOSM, said the school is taking a major step in addressing how colonialism has affected the health and well-being of First Nation communities.

"I think this is a critical point in time of our history, even as we talk about racism today," Verma said. "In fact, much of my message and statement on racism talks about the legacy of colonialism and white settler privilege in our country.

"That is not to say I have anti-white mentalities, but it's important to understand that we have to address that legacy."

Manitowabi said he wants to foster a better understanding of the gaps in Indigenous health that will lead to better policies.

"There is a gap because of the process, you know, the history of colonization," he said. "Indigenous perspectives were not integrated into the university … so really what we are doing is addressing historical lack of integration."

A news release from NOSM said Manitowabi will "work to promote the discussion of the inherent, constitutional, treaty and international rights of all Indigenous peoples and communities and the protection of traditional knowledge and medicines from appropriation.

Manitowabi said it's all about addressing past exclusion in order to move forward to future inclusion.

He plans to develop a web portal about the history of Indigenous health and healing the public can access.