A book written by a journalist and history lover tells the story of a Second World War air gunner named Jacques Bedard from North Bay.

The story begins when Bedard returned home after the war ended. He rarely spoke openly about his time in Europe.

After Jacques passed away, his granddaughter Leanne and his son Roger were looking over the endless pages of military documents they obtained from the Department of Veterans Affairs.

“We always were kind of lost (about) what he went through,” said Roger.

Leanne wanted to learn more. During Christmas 2019, Leanne received a gift from her aunt: a box full of letters that were written by Jacques to his family back home while he was a prisoner of war (POW) in Nazi Germany.

“I thought this was a real treasure and it’s a real shame that we, even as his family, don’t know what he lived through during the war,” said Leanne.

So she decided to uncover the story of her grandfather and have it documented as a keepsake for the family.

Leanne got in contact with journalist and history lover Patricia Pearson in Trenton. Together, the two sifted through the letters and documents to piece together what happened to Jacques.

Pearson also did her own research to find out more. The book is called ‘The Courage of The Small Hours.’

Bedard enlisted with his brothers in the Canadian Armed Forces on Feb. 2, 1943, when he was just 18-years-old. He was dispatched to Edmonton, Hamilton and eventually Halifax for air training before being sent overseas to fight. His job was to bomb German cities. Jacques’ crew was assigned to the 424 Tiger Squadron flying in a Halifax bomber.

On March 18, 1944, his plane was shot down and Bedard was forced to parachute out of the plane. He broke his leg in the landing. All of his fellow crewmates survived the crash. Bedard remained in a German hospital for several months before being transported to a POW camp. 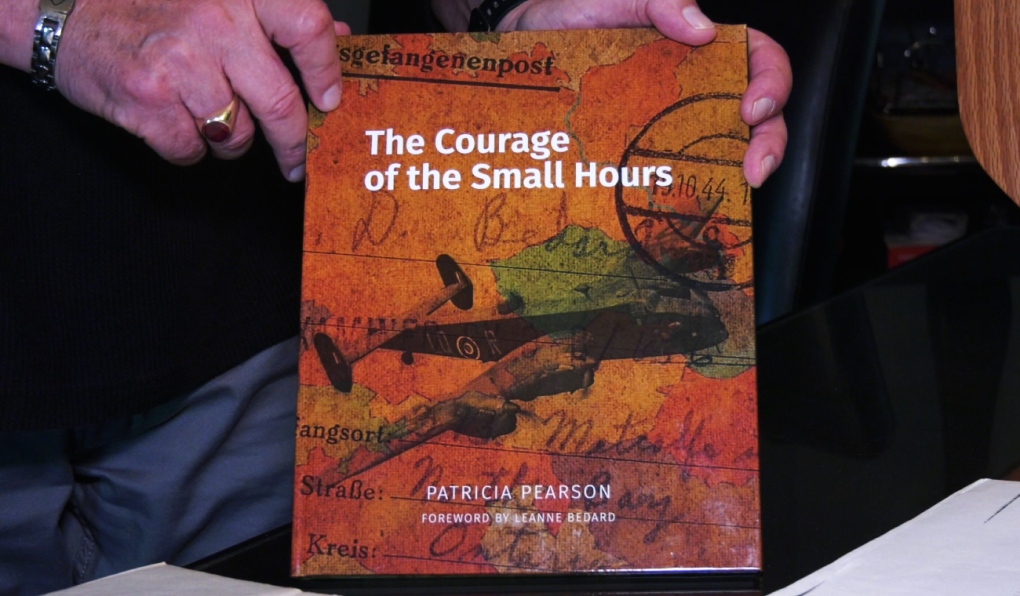 Squadron 424’s commanding officer wrote to Jacques’ parents in North Bay to break the news that he was either dead or taken prisoner. His personal effects were sent home by the Royal Canadian Air Force Central Depository.

Bedard, however, was still allowed to write letters home while in both the hospital and the camp. The letters in the book depict Jacques’ time and life at the prison camp.

“It was really, really fascinating to try and piece together the bits and pieces (Leanne) had and to find out what the larger picture was,” said Pearson.

The family learned Bedard was involved in what was called a 'death march.' These are forced marches to keep prisoners from falling into Allied hands. As the allies began to push the Nazis back on the Western Front during the early weeks of 1945, and the Russians pushing forward in the east, Bedard was part of a death march from Bankau to Luckenwalde.

It was a 550-kilometre journey.

“Of those 550 kilometres, he marched over half of that distance on foot,” said Leanne.

While at the POW camp in Luckenwalde, Bedard escaped the Nazi’s clutches. According to his log book, after writing a letter to his parents, he disguised himself in a German’s guard uniform and slipped away.

“Eventually he did make his way back to the U.K. and back to Canada in late summer of 1945,” said Leanne.

Bedard passed away on Remembrance Day in 1989. The book is being published for the family. The Canadian War Museum in Ottawa will receive a copy, and so will a few area libraries. The family hopes people can learn more about Jacques’ service for generations to come.

“This book really opened our eyes to everything that happened,” said Roger.